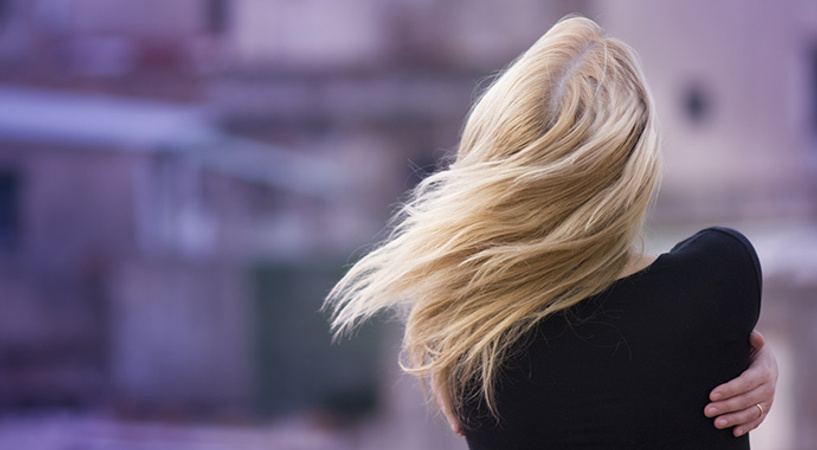 “I felt dizzy and lost consciousness,” says 37-year-old Polina. – The doctors said it was from overwork. Indeed, lately my head has been spinning more than once, but I could not even think that dizziness could be caused by fatigue, I didn’t slow down, and now it all ended in fainting. ”

Our body speaks to us constantly, from the very first day of our life, and we are free to listen to such messages or ignore them. Everything passes through the body – from physical sensations (hunger, thirst, warmth, pain) to a full range of emotions (joy, sadness, anger) and feelings (love, hate), that is, everything that makes us alive and feeling creatures.

Moreover, it is often the body that is the first, much earlier than the mind, to notice what attracts or repels us. It always reacts: it enters into resonance with some, is clamped in the presence of others, relaxes, enjoying something especially pleasant.

By being aware of our body, we remain confident that we are living in the present and understand the limits of our capabilities.

Unlike consciousness, which is ready to hastily come up with an excuse or even alter some unpleasant situation for us, the body does not lie. If something in our life loses coherence and meaning, it is the first to warn us about it.

“The habit of separating soul and body was strengthened in the Middle Ages,” says clinical psychologist, Doctor of Psychology Alexander Tkhostov. – In those days, the true essence of a person was seen in the soul, and the body was understood as an abode of sin, a burden that led away from the main thing – the knowledge of the soul. Therefore, everything connected with it was considered from the evil one. There were even practices of mortification of the flesh in order to reduce its impact on the soul. “

And yet, despite the centuries-old devaluation and suppression of the body in Western civilization, today we understand that it is the most valuable tool of knowledge. “Being aware of our own body, we remain confident that we live in the present, and we understand the limits of our capabilities in time and space,” wrote the classic of French psychoanalysis Françoise Dolto1…

But it is important to be able to hear these proofs of our existence here and now. “Awareness of one’s body does not always happen spontaneously,” states the leading American existential therapist Rollo May.2… “More often, in order to hear it, you must consciously remain open to any of its signals.” This idea is especially clearly expressed in Eastern cultures, where there has always been an understanding of the unity of soul and body, and any bodily practice has a spiritual content.

“Since I have been doing Zen meditation, I have understood the difference between two very different states – being in your body and hovering around it,” says 35-year-old Alexey. – Now I get tired much less and feel when the body asks me to stop and pause. Having realized the body and spirit as a single whole, I stopped perceiving my body as a device that should simply perform biological functions. “ 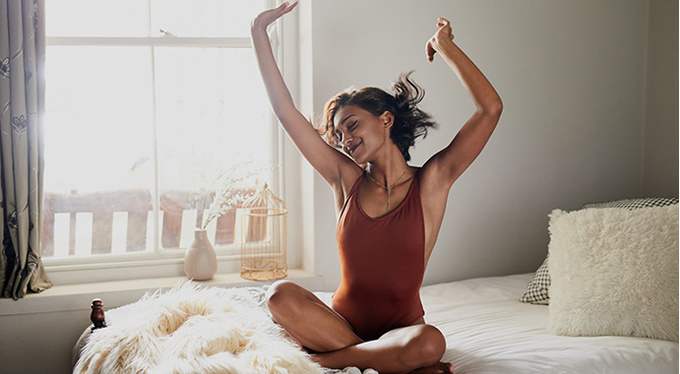 The body speaks to us in the present – in every second of our lives. But it also tells about the past, because it keeps the memory of our experiences. Specialists in many psychotherapeutic disciplines recognize the particular importance of the messages that the body sends to us. Although they warn against reading them literally: if a person has problems with joints, this does not necessarily mean that he lacks flexibility in dealing with people!

“The science of psychosomatics deals with the connection between the mental and the bodily,” says Alexander Tkhostov. – So, if a certain type of experience does not find a way out, they will be resolved through the body, which can cause a person to have problems with the stomach, heart or skin … “

The habit of acting through “dislikes” takes away our vitality, and we lose touch with ourselves

There is another view: existential psychotherapy associates the appearance of bodily problems with the fact that a person ceases to feel, emotionally accompany his life, does not allow himself to think about what he likes and what does not.

“The habit of acting through“ dislikes ”takes our vitality, and we lose touch with ourselves, we start to get sick,” explains existential psychotherapist Svetlana Krivtsova. – If we try to heal only the body, there is no noticeable change.

It is much more useful in this situation to feel sorry for ourselves, maybe to be sad, to treat ourselves as if we were our own mother … Such sadness restores the taste for life, we become closer to ourselves, feelings, emotions, experiences return, and we have the opportunity to feel them. “

One body for two

“Naturally, when the mother treats the newborn as an extension of herself and feels merging with it,” says psychoanalyst Andrei Rossokhin. – But when the child goes out of infancy, their relationship must change. Psychoanalysts often find that adults, completely unaware of it, at some point in their lives function like babies: they respond to emotional pain exclusively bodily. The reason for this is in early relationships with mothers. Often the mother, due to her own unresolved internal conflicts, continues to treat the child as a part of herself, and they have one body for two – this is how psychoanalyst Joyce McDougall called this phenomenon in the book “Theaters of the Body” (Kogito Center, 2007). And children feel a lack of living space, have difficulty forming an image of their own body and taking care of it. In the course of psychoanalysis, the latent bodily drama begins to manifest itself in words, to be emotionally lived. Then the psyche begins to change this scenario, and the body no longer needs to cope with mental pain alone. “

Take a look at how you feel about your body, and it will become clear how you feel about yourself … A body neglected or well-groomed, hidden or paraded eloquently testifies to our view of ourselves. Depending on personal history and cultural characteristics, we see in him a best friend, a heavy burden, a biological machine or a wild animal that must be tamed.

“Today many people believe that the body is just an outer shell,” regrets Alexander Tkhostov. – That is why everything that allows you to bring this shell to perfection is so popular: programs for losing excess weight, services for rejuvenating and improving your appearance. And body language remains mysterious and incomprehensible … “

To be a body or to have one? Finding the answer to this question is not easy for many. We demand that the body is always subject to us, but we do not recognize the limits of its capabilities. We want it to allow us to enjoy, but we refuse to listen to it, especially since it has a bad habit of declaring itself and its needs through various disruptions, ailments and signs of aging.

So what is necessary for the body to remain a friend and advisor? Kindly, attentively and with respect to listen to it, and not try to remake, defeat or tame it. It is in this just and conscious attitude towards oneself that undoubtedly the greatest of human freedoms lies.

“They demand everything from the body at once”

Our body is an ideal microscope for studying the peculiarities and paradoxes of modern society, says the French philosopher, editor of the “Dictionary of the Body”3 Michela Marzano.

Psychologies: Where does the body fit in modern culture?

Michela Marzano: For centuries, philosophers have perceived the body as a hindrance to both knowledge and virtue. Plato, for example, believed that the body as a “felt” reality makes it difficult to access the “intelligible” world of ideas. Today we are witnessing the return of the body, but the body is perfect, ideal. As for the real body, which has weaknesses and shortcomings, it has not yet received recognition. The body we are talking about today is under control: aesthetic and moral requirements are mixed, therefore, the one who knows how to control his body is perceived as a more reliable person.

What does the body say about us?

The body is the perfect reading magnifier for our society. It speaks of both the suffering caused by overconsumption and our addictions. About addiction to work, food, entertainment, drugs … Today our body is torn apart by conflicting demands on us: “Consume, but restrain yourself; remember your past, but erase the traces of time on your face; communicate, but virtually. “

How to listen to your body?

It is important that everyone regains their own body, finds their own way to be. This is the purpose of our dictionary. For example, looking into it and getting on the article “Makeup”, some begin to think that people have always tried to take care of the body, after which it occurs to them that makeup is also an attempt to hide … Then they have a desire look into the entries for the words “Mask”, “Face” or “Mirror”. Others can go from “Makeup” to “Femininity”, and then to “Attraction”, at the same time reading about “Sexuality” and “Enjoyment” … Everyone has their own path. 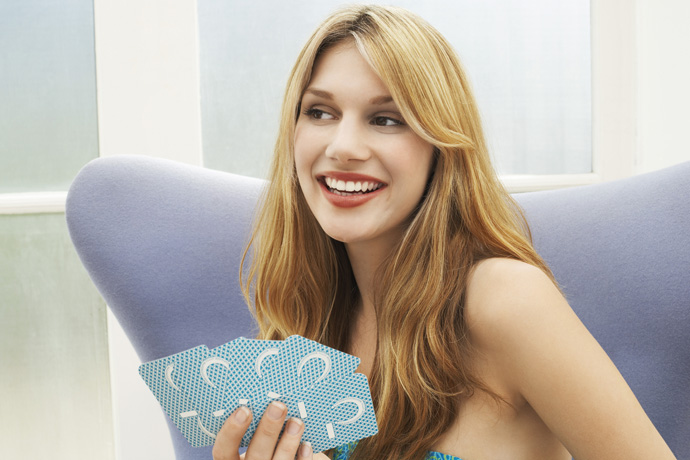 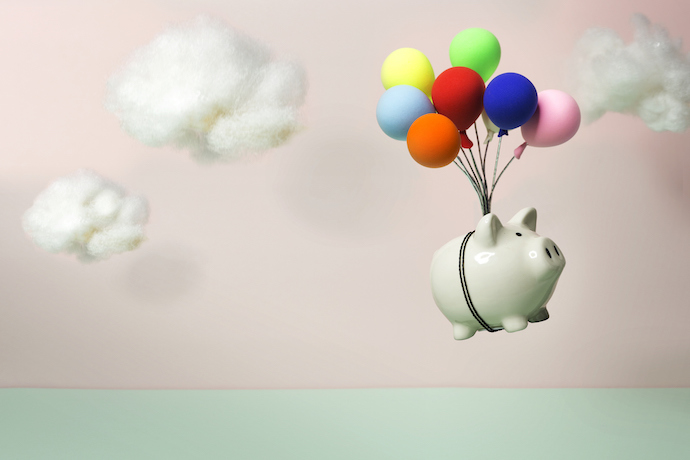 KNOW YOURSELF
what are we hiding from and what are we missing
“My husband often either jokingly or seriously reproaches
0 61
How to deal with difficult people: 11 rules of dialogue
In the modern world, it is difficult to maintain balance
0 57 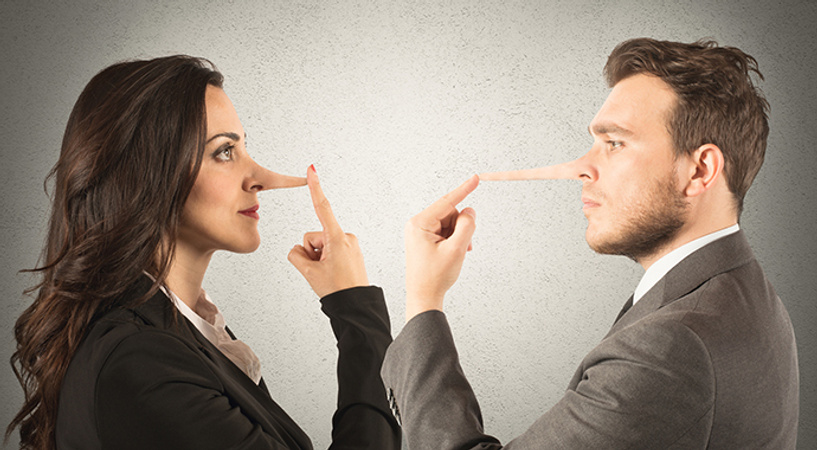