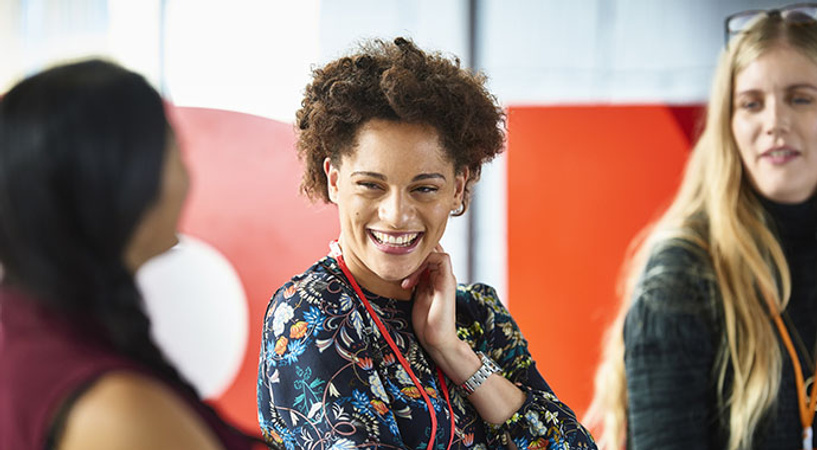 “It’s easy to see: the situation on the labor market is changing dramatically. We are already being considered in accordance with new standards: now the employer is interested not only in our intelligence, education or competence; today we are also judged by the quality of our relationships with others and with ourselves … In whatever field we work, the decisive criteria by which our value in the labor market is assessed, and hence future professional prospects, are now quite clear.

These rules have little to do with what we went through in school. The new scale of values ​​abstracts from much of our schooling skills. The intelligence and technical skills required for our work, she takes it for granted. But this new scale focuses on such personal qualities as initiative, the ability to empathize, the ability to adapt and the talent to persuade.

Don’t think that this is a fleeting trend or the latest (more or less dubious) miracle cure in management. The severity of these criteria is confirmed by research involving tens of thousands of employees in a variety of positions.

It is important to develop such qualities as self-awareness and self-control, respect for others and ease of communication.

Today we finally have a more accurate understanding of human abilities, which have been called and evaluated in different ways for more than a decade (character, personality and even social skills) – and a word that characterizes all these qualities: “emotional intelligence.”

So writes in the book “Emotional Intelligence. Why It Matter More Than IQ ”, the world’s best-selling book, Daniel Goleman.

In it, he questions intelligence quotient (IQ) as a determining factor in life success and insists that it is important for everyone to develop such qualities as self-awareness and self-control, motivation, perseverance, respect for others and ease of communication. They are essential for emotional balance and harmony in relationships.

Goleman also writes about the role of emotion in professional success. “Nowadays work is often temporary, and flexibility and adaptability are increasingly becoming an important part of the very concept of“ work ”. They are necessary in order to find a job and keep it. “

Daniel Goleman explains to us why a well-built head is better than a full head. 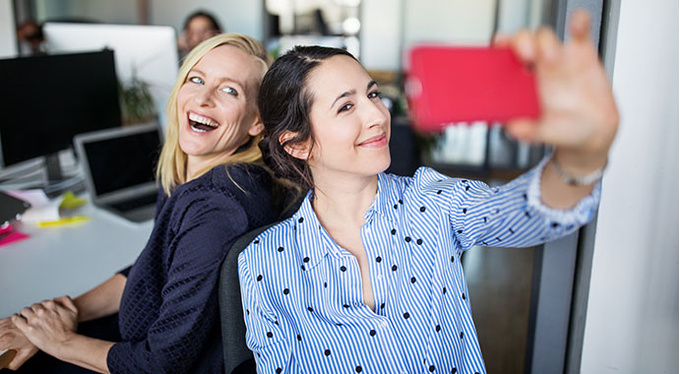 Psychologies: There is a lot of talk about emotions these days. Is this a fashion or a sign of serious change?

Daniel Goleman: There has been a renewed interest in emotion, fueled by technological advances and the surge in research on the topic. But it is also a symptom of our time at the same time. People are thrown off balance by uncontrollable emotions, and they can be disturbed by both technical innovations and social changes that increase communication distance and challenge traditional emotional ties.

Why is emotional intelligence needed?

I try, first of all, to promote tools that allow us to express emotions in acceptable ways – so that we become smarter in human and social terms.

The brain has a system for regulating emotions – the amygdala, in the part of the brain that controls emotions. It is this amygdala that is responsible for how we use our emotions. For example, it is she who makes us individuals who are responsive or not very responsive, capable or incapable of enduring disagreements with other people.

If this gland is too sensitive, then we become over-emotional. There is the art of using your emotions – this is emotional intelligence. Emotions can be made intelligent by behaving intelligently towards them.

Don’t you think this form of intelligence can be used as a selection tool, as with IQ?

There is a danger of misusing emotional intelligence, just as we misapplied IQ: people were labeled with labels based on test results. Although, in fact, the IQ determines professional competence by only 10-20%.

Moreover, it is nonsense to try to measure, with a test similar to the IQ test, the subtlest properties that determine emotional intelligence. People do not necessarily tell the truth, and generally are rarely objective when describing themselves. In addition, the five fundamental qualities through which emotional intelligence is expressed – self-awareness, self-control, motivation, empathy, and the ability to build relationships – are not always equally present in the same person.

One may have a talent for empathy and have difficulty dealing with anger. Another danger is to think that the result of a putative EQ test is final and unchanging. This does not happen already in the case of IQ, and even more so it is impossible in relation to emotional intelligence – it can improve at any age, as long as you really want to.

Don’t you lose sight of the fact that a significant part of the psyche is unconscious?

Yes, the unconscious makes the deep causes of emotional manifestations inaccessible. That is why self-awareness is so important to me, which is achieved through introspection. It is also necessary to be aware of the reasons that prevent, for example, speaking in front of a group of people or suddenly make us angry.

The trigger for these emotional responses is repressed conflicts, conflicting desires and feelings repressed into the unconscious. It is important to understand all sides of this conflict in order to understand what really drives us.

Let’s take it for granted: the most successful in the profession today are those who know how to distinguish between different emotional states. In other words, the ability to recognize emotions, accept them and perceive them positively (sometimes in hindsight) is becoming increasingly important, while having an additional advantage – the ability to distinguish the emotions of other people.

In a sense, emotional intelligence pays tribute to the noble nature of a person – sometimes valiant, sometimes not too confident, but open towards other people. This is the very “ability to be” that recruiting agencies are looking for with special zeal today.

Recent research by psychologists and neuroscientists proves that each of us can improve our emotional intelligence. Here are five basic and most important qualities for a professional life that Daniel Goleman highlights.

1. Self-awareness: always be aware of your feelings and use your inclinations to make the right decision. Realistically assess yourself and fully believe in yourself.

2. Self-control: manage your emotions so that they make your work easier and not hinder your work. Be responsible and be able to give up immediate gratification in order to achieve a more distant goal. Be able to quickly recover from emotional turmoil.

3. Motivation: using your deepest desires as a compass that guides you towards your goal, helps you take initiative, act more effectively, and move forward with greater persistence despite disappointments and possible setbacks.

4. Empathy: feel in tune with others, be able to empathize and maintain harmonious relationships with a variety of people.

five. Sociability: master emotions in relationships with people and show discernment in assessing situations and the subtleties of human relationships. Be tactful. Use your abilities to persuade, guide, align, and iron out conflicts to build collaboration and inspire colleagues. 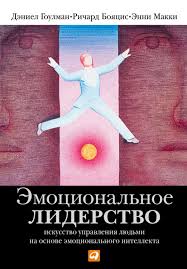 The results of many years of observations of the world’s largest companies show that emotional leaders in any field are distinguished not only by their professionalism, but also by the ability to establish relationships with people, evoke a response from them, and ignite them. The book uses specific examples to describe how to develop the emotional intelligence of not only a leader, but also a whole team.

Daniel Goleman – an American psychologist, a Harvard University graduate, was the first to speak about the critical importance of emotional intelligence.

The Inconvenient Truth About Sex Addiction
A detailed analysis of the term “sexual addiction”
0 11
Why do we laugh at difficult times?
The first quarter of 2020 will be included in the textbooks
0 25
Raising Sons: Tips for Mothers and Fathers
“Mom wants to communicate all the time, she is interested
0 31 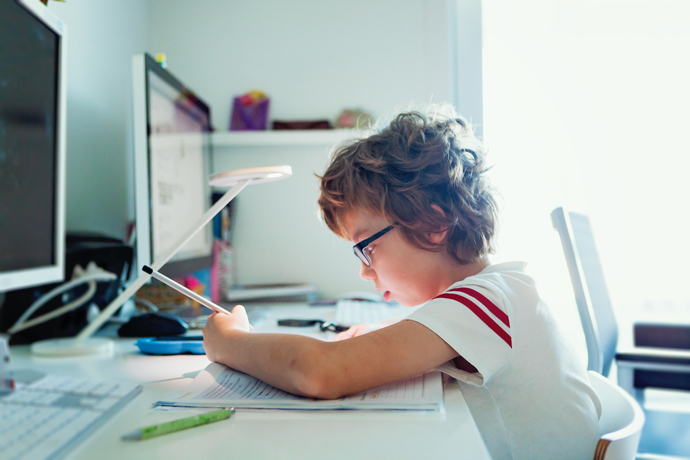 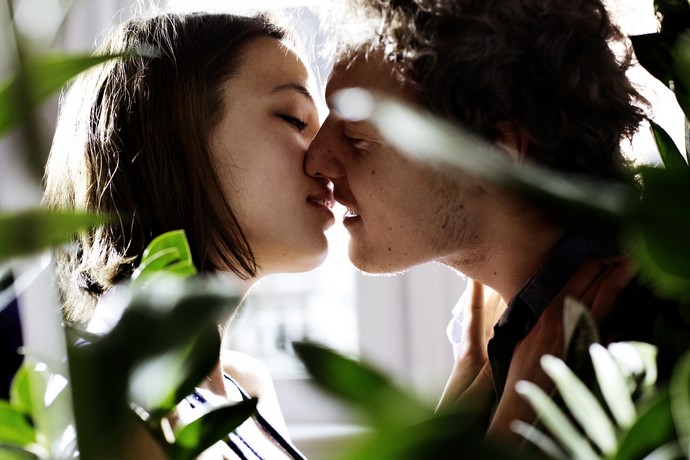 KNOW YOURSELF
30 rules of life for happy couples
22 335 30 rules of life for happy couples A happy and
0 266
You may also like
survive without loss and grow as a person
A man going through an identity crisis or a midlife
01
20 cognitive biases and how they affect our lives
Circumstances do not determine worldview.
03
How to communicate with “energy vampires”
Energy vampires are neurotic people with personality
04
Self-harm: 6 myths about selfharma
What makes people of all ages, especially adolescents
03
Unexpected gifts of the outgoing year
The outgoing year has become difficult for many.
04
Solve your problems in a dream … Is it possible?
Psychological interpretation As a result of our joint
03
“I’m 50 and I’m not looking forward to looking younger.”
A woman with us constantly owes something to someone.
04
7 female qualities that men say are the most attractive
Intelligence and discernment Most of the respondents
03
This website uses cookies to improve your experience. We'll assume you're ok with this, but you can opt-out if you wish. Cookie settingsACCEPT
Privacy & Cookies Policy