it’s time for parents to stop blaming themselves for everything


Yuko Munakata, professor of psychology at the Center for Mind and Brain at the University of California, Davis, recalls a student approached her one day after her second class in parenting and child development. She liked the material, but expected the course to help her become a great mother in the future. Why did she think that classes would not give her this?

Because the teacher announced that she was going to tell the students how little parents actually influence who their children will become. For the most part, parents (no matter if they are young or aged, well-off or not, married or divorced) want the best for their children. Dozens and even hundreds of books and articles on parenting promise to teach them how to achieve this, how to deal with parenting challenges and make the right decisions. The key message of such literature is this: “If your child is not doing something, then you are doing something wrong.”

In a number of sciences there is such a concept – “butterfly effect”. A minor impact on the system can cause significant and unpredictable consequences, including in a completely different place; which means that “if a butterfly flaps its wings in China, a hurricane will begin in Mexico” – not immediately, of course, but in six weeks, if the force of its flapping is enough to change the atmosphere and the direction of air currents.

You, the parent, are that butterfly, and your child is a hurricane, a natural phenomenon that will take your breath away. And you do influence the kind of person your child becomes, but to about the same extent that the flapping of a butterfly’s wings affects a hurricane. That is, it is significant, but unpredictable.

You might ask, “Okay, but what about successful parents whose kids are also successful? Or needy parents, whose children, growing up, continue to live in need? ” But it’s not just parenting talent (or lack thereof). A lot of factors affect the formation of a child – genetics, environment, culture, peers. And it is very difficult to single out any one that has the maximum impact.

Although scientists tried to understand what exactly affects children the most: they studied twins (identical and fraternal, a total of 14 million couples in 39 countries of the world), both brothers and sisters who were raised together, and those who were adopted and raised different families. It turned out that even if children grow up under the same roof, this does not mean that they will be equally successful, happy and confident. What can we say about those who grew apart.

Here one could come to the conclusion that education is not so important, but no. The fact is that all children are different, and in the same family, one child may need a “firm hand”, while for another, excessive severity and order will not be beneficial. One child will be pleased that his parents often ask him about friends (which means that they are interested in his life), and the second will be annoyed. For one, the divorce of the parents will be a tragedy, for another – salvation.

Forgive – yourself and others

What conclusions can be drawn from this?

First, your upbringing affects the child, but does not necessarily make him like you. With the same approach, an older child can grow up to be serious and purposeful, and a younger one – disobedient and freedom-loving. It is impossible to predict what the “fruits” of your upbringing will be.

Second, you should stop blaming yourself once and for all for the way your child grew up. You influenced its formation, but you could not completely control it.

Third, it’s time to stop blaming your parents for all your troubles. What have you become? – not entirely their fault or merit. And, of course, it’s important to stop blaming other parents. Today this happens all the time: a study of thousands of parents found that 90% of mothers and 85% of fathers feel that they are being judged (both by relatives and complete strangers), and almost half of them constantly feel it. Even if you give your best, you won’t please everyone.

Live in the moment

You definitely shouldn’t blame yourself. And what should be done in this case?

Appreciate the moments spent with your child, enjoy your common “here and now”. And not because it will somehow affect the child and your relationship with him in the long term, but because this is the only thing that matters at this moment.

Activist, writer, author of The Demon Afternoon: Anatomy of Depression, Andrew Solomon once remarked: “Many of us are proud of how different we are from our parents, and at the same time endlessly regret how different our children are. “.

Perhaps, to stop feeling something like that, it is worth accepting the idea that we cannot control the future of our children. In conclusion, Yuko Munakata reminds us that we butterflies and hurricanes should focus on what really matters in life. Stop waiting for something from each other and forgive each other for everything in which the other side is most likely not to blame.

why it is important to be a good conversationalist
Sadly, but true: we have practically forgotten how
0 21 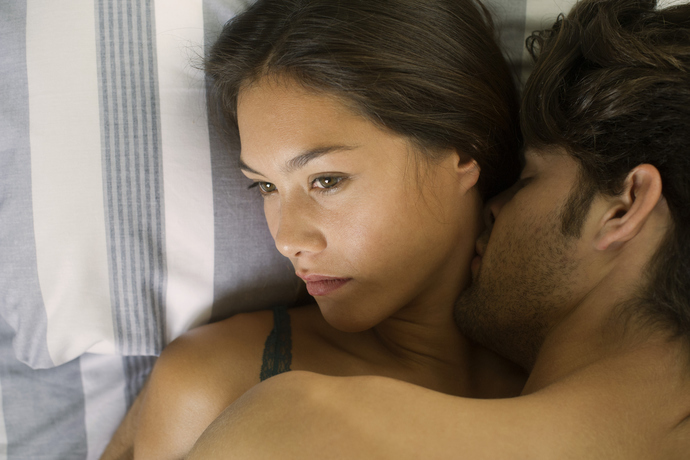 KNOW YOURSELF
What if you’re happy with everything except sex in a relationship?
It will take some effort, but the problem is definitely solvable.
0 132
Why do we work? 5 reasons other than money
Let’s start, however, with money. No matter how
0 18
Overcome shyness in sex
Sexual shyness can be expressed by the formula: “
0 82
The second wave of coronavirus: the time of non-standard solutions
Natural selection The strongest survive in difficult
0 47
You may also like
Is it necessary to seek happiness
Psychologists say that happiness is not a permanent
03
Accept what we cannot change
Why do we suffer. We need love, to feel loved –
03
What is the difference between love and friendship?
What is the difference between love and friendship?
011
What inner limitations prevent us from telling the truth
The truth can be cruel, and its consequences are not
08
I don’t remember my childhood
“My brother is happy to talk about how we built huts
010
What to do if your boss tries to manipulate you
Is your boss yelling at you, throwing a report at you
011
Whom did we dream to marry in childhood?
“I’m going to marry my dad,” says a six-year-old girl
010
How to support yourself if you have a chronic medical condition
A long illness is, in addition to all the disadvantages
09
This website uses cookies to improve your experience. We'll assume you're ok with this, but you can opt-out if you wish. Cookie settingsACCEPT
Privacy & Cookies Policy