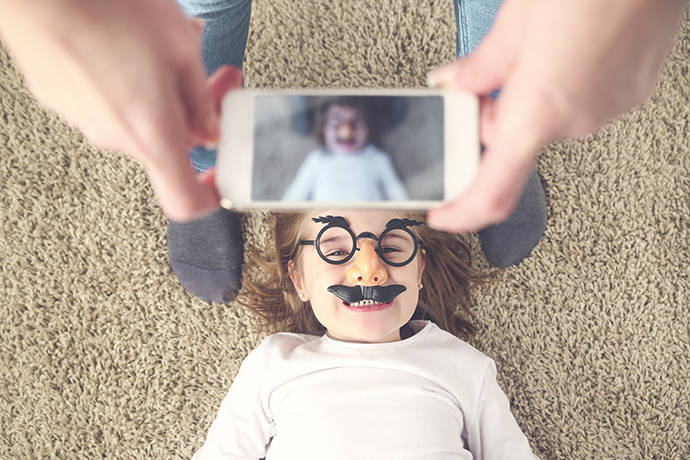 We do our best to wish our children grow up as cheerful people, confident in themselves and in the future. But are we able to instill in them such a positive attitude towards the world, if we ourselves do not always control the situation?

There is no such subject in the school schedule. As, however, no one teaches optimism at home as a child. “I often ask parents what qualities they want to develop in children, and they never mentioned optimism,” says Marina Melia, a psychologist and coach. – Why? Probably, this word means naivety, a lack of critical thinking, a tendency to look at the world through pink glasses. ” In fact, a life-affirming attitude does not cancel a sober perception of reality, but it contributes to resistance to difficulties and a willingness to achieve goals.

“Optimistic thinking is based on self-confidence, the ability to seek a solution to each problem, and to persevere,” recalls a positive psychologist Oleg Sychev. But can parents with a different, pessimistic outlook on life teach this child?

On the one hand, children unwittingly learn our attitude to the world, adopt attitudes, actions, emotions. But on the other hand, “a pessimist who has adopted the principles of positive thinking is likely to become a“ learned optimist ”, a more balanced person, resistant to difficulties and constructive,” said Oleg Sychev. So, the chances of a child to have a positive attitude towards himself and the world from a psychologically competent parent are great.

1. Respond to his needs

A small child opens the world. He bravely gets out of the familiar environment, tries, sniffs, touches, takes the first steps. Letting him experiment is important, but not enough. “In order for a child to enjoy independent actions and not lose interest in searches, he needs adult support, a timely response to his needs,” says Oleg Sychev. “In the opposite case, he gets used to expect the worst, first from loved ones, and then from the whole world.”

Support his initiatives, listen, answer questions and don’t forget to share what makes you happy – get involved in music, nature, reading, let him do what interests him. Let him grow with the conviction that life prepares a lot of joy. This is enough to strive for the future.

2. Maintain his belief in success

A child who often encounters insoluble problems accumulates experience of disappointment and helplessness and has hopeless thoughts: “I still won’t succeed”, “It makes no sense to even try”, “I am incapable”, etc. What should parents do? To endlessly say “You are great, you can”? “It makes sense to praise and encourage a child when the task is within his power, when he is already close to the result and he just lacks perseverance,” Oleg Sychev explains. “But if difficulties are associated with a lack of knowledge and skills or a lack of understanding of what to change in their actions, it will be more useful not to slap on the shoulder, but to gently tell what and how to do, help to master those skills / knowledge that he lacks.”

Keep your child feeling that any problem can be solved – on their own (if you put more effort, find more information, learn the best way to act) or with someone else’s help. Remind you that looking for support is normal, many tasks can only be solved together and others will be happy to help him and generally do something together – it’s great!

Do you notice that you usually tell children in case of their mistakes and mistakes? “Our own perceptions largely depend on our reactions,” Marina Melia explains. Here the child stumbled and fell. What will he hear? The first option: “What a clumsy you are! All children are like children, and this one will surely collect all the bumps. ” And the second: “It’s okay, it happens! The road is rough, be careful. ”

Or another example: a schoolboy brought a deuce. The first reaction option: “Always with you. You obviously don’t think anything at all. ” And the second: “Probably, you are poorly prepared. Next time it’s worth paying more attention to solving examples. ”

“In the first case, we lay the belief that everything always turns out badly for a child and“ no matter what you do, it’s useless, ”the expert explains. – And in the second we let him know that a bad experience will help him deal with difficulties in the future. Parent positive message: “We know how to fix it, we are not backing down, we are looking for options and we will achieve a good result.”

4. Develop a habit of perseverance

A frequent case: a child, barely faced with failure, abandons what he started. How to teach him not to dramatize mistakes? “Ask what, in his opinion, is the reason for the difficulties,” Oleg Sychev suggests. “Help him find that it is not so much a matter of ability as it is that solving such a problem requires more effort, more knowledge and skills that can be acquired if you do not give up and strive for the goal.”

Emphasizing the role of effort and perseverance is especially important. “The main thing is not to give up! If it doesn’t work out now, it will turn out later, when you figure it out / learn something necessary / find someone who can help you. ” It is not so much the achievement of the result that deserves praise as the effort: “You are well done! He worked so hard, learned a lot while solving this problem! And I got a well-deserved result! ”Such praise reinforces the idea that perseverance will help solve any problem.

“When discussing the causes of problems, avoid negative comparisons with other people,” the psychologist recalls. If you hear from your daughter that she “doesn’t draw as well as Masha”, say that we all differ from each other in capabilities, skills, so it makes no sense to compare ourselves with others. The only truly important difference that ultimately leads to the result is how much effort and perseverance a person puts into achieving goals.

5. Promote communication in a safe environment.

Pessimistic children may be slightly less contact and more restrained in relations with other people – due to their negative expectations and sensitivity to rejection. Sometimes it looks like shyness. “A shy child who has difficulty communicating can benefit from any experience that will reinforce his positive expectations,” said Oleg Sychev.

First of all, parents themselves must avoid negative assessments and often recall his achievements with him, even modest ones. And besides, it is advisable to plan communication situations in a safe environment where the child is accepted and respected, where he feels competent. It can be communication with younger children or classes in your favorite circle, where he does a lot. In such a comfortable environment, the child is less afraid of criticism and condemnation from others, receives more positive emotions and gets used to looking at the world with interest and hope. 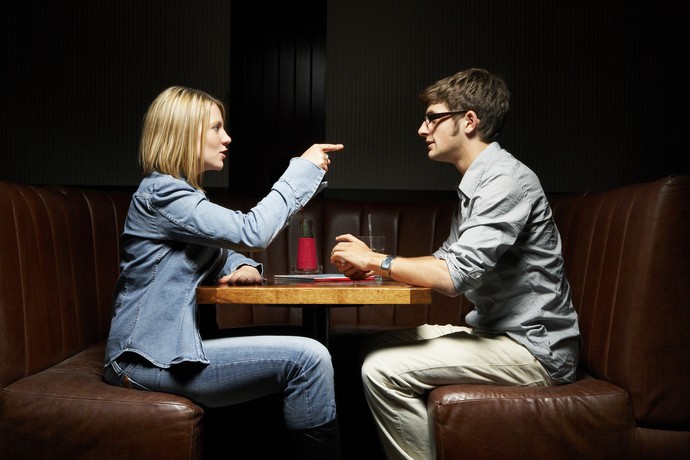 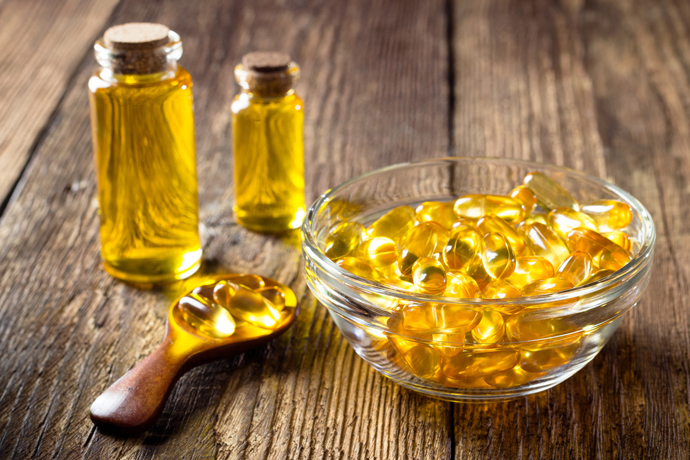 KNOW YOURSELF
Omega-3 supplements: how, why and who to take them
Many people know about the benefits of omega-3 and
0 163 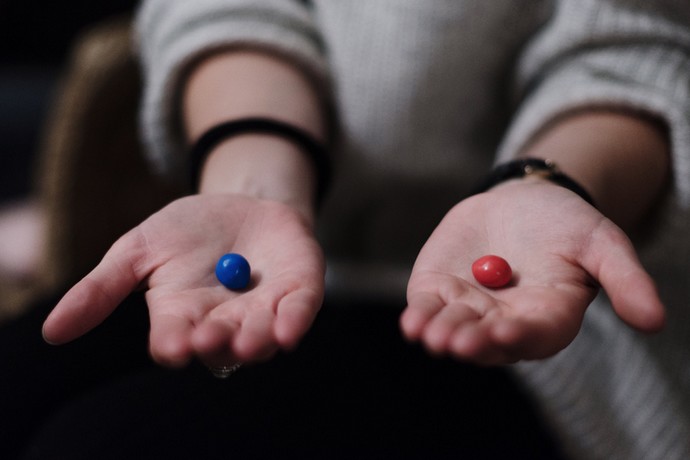 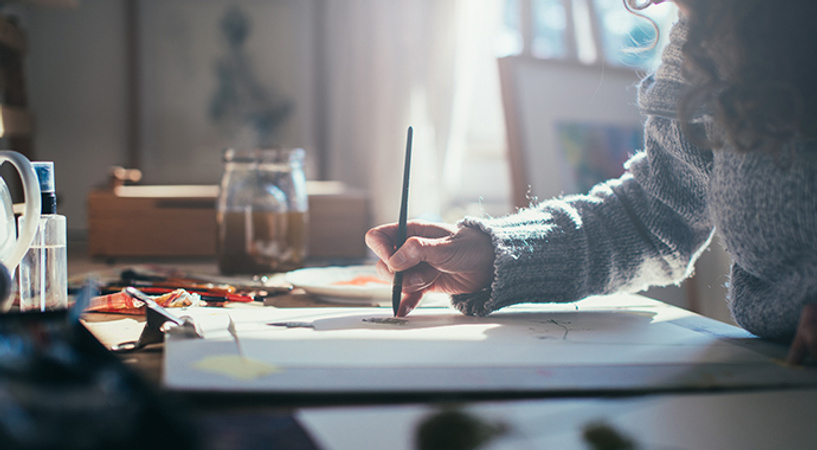 KNOW YOURSELF
Create every day
Psychologist Mihai Csikszentmihalyi describes his own
0 144
You may also like
Is it necessary to seek happiness
Psychologists say that happiness is not a permanent
03
Accept what we cannot change
Why do we suffer. We need love, to feel loved –
03
What is the difference between love and friendship?
What is the difference between love and friendship?
011
What inner limitations prevent us from telling the truth
The truth can be cruel, and its consequences are not
08
I don’t remember my childhood
“My brother is happy to talk about how we built huts
010
What to do if your boss tries to manipulate you
Is your boss yelling at you, throwing a report at you
011
Whom did we dream to marry in childhood?
“I’m going to marry my dad,” says a six-year-old girl
010
How to support yourself if you have a chronic medical condition
A long illness is, in addition to all the disadvantages
09
This website uses cookies to improve your experience. We'll assume you're ok with this, but you can opt-out if you wish. Cookie settingsACCEPT
Privacy & Cookies Policy