Depression: how to get away from black thoughts? 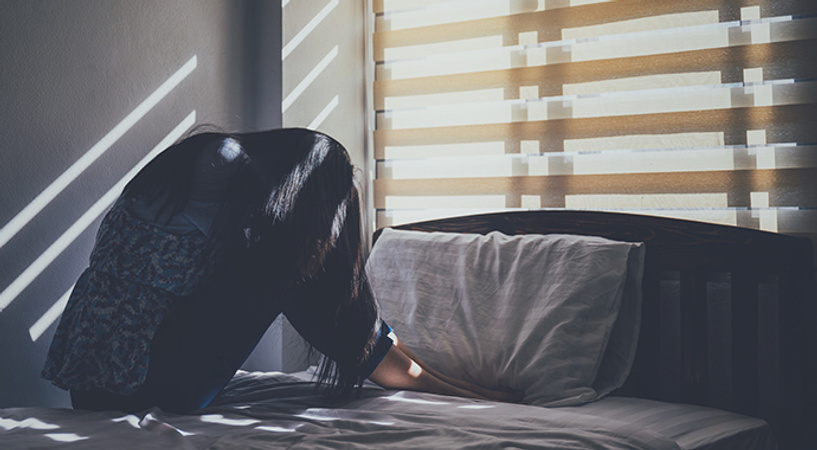 Should someone complain about a depressive state, many begin to look at him with involuntary reproach. “Pull yourself together, pull yourself together,” is often said in response. Many are sure that a person just does not know how or does not want to control his mood and makes an elephant out of a fly.

“This is because we often confuse depression with sadness, sadness, blues,” explains psychiatrist Elena Vrono. – It seems to us a temporary condition like a runny nose or a bruise from a bruise – something that goes away by itself. However, depression is a real disease. “

Neurophysiological studies show that its effects on human health can be extremely dangerous. But depression can be treated. Antidepressants and psychotherapy come to the rescue. What are the causes of this disease? How does it manifest itself? And what if we ourselves or a loved one are sick?

How to tell if it is depression

Not every negative experience indicates a state of depression. Sadness, sadness, anguish are separate emotions, and depression involves a complex combination of feelings, perceptions, memories and thoughts.

“For example, throughout our lives we repeatedly experience sadness, which becomes an adequate response to separation, disappointment, failure or loss,” says American psychologist Carroll Izard in The Psychology of Emotions (Peter, 2008). “In depression, sadness is complemented by other emotions — most often shame, loss of self-esteem, and the aggression that a person experiences towards himself.”

If your loved ones or you yourself have begun to look at life too gloomily, it is important to understand what you are dealing with – with a strong emotional experience of some events in life or with a mental disorder.

The tendency to take personally everything said, especially unpleasant, is also a sign of depressive states

“Depressed mood, loss of interest in life, loss of energy, apathy when nothing is enjoyable. A noticeable decrease in appetite and weight. Insomnia or drowsiness. Anxiety or lethargy. Decreased performance, memory impairment and concentration. Loss of the meaning of life. If most of these signs appear constantly and for at least two weeks, most likely it is depression, ”says Elena Vrono.

It is also known that the tendency to take into account everything that is said, especially the unpleasant (“it’s my fault,” “I’m always unlucky”), is also a sign of depressive states. “It is important to know,” continues Elena Vrono, “that the symptoms of depression can manifest themselves both in a rather mild form and have a pronounced painful character”. 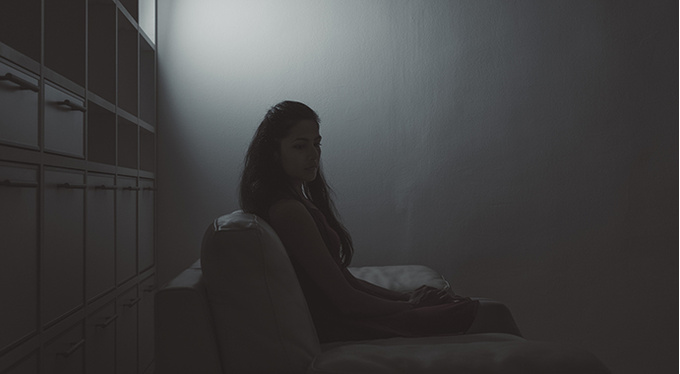 Depression is studied by different specialists: neurophysiologists, biochemists, geneticists, endocrinologists, psychologists. And they all agree that this disease is caused by two main factors: hereditary predisposition and the environment in which a person grows and lives.

A group of scientists led by Professors Jorge Ballesteros and Blanca Martinez from the University of Granada (Spain) conducted a study. They proved the connection between the occurrence of depression and the special structure of one of the genes associated with the mechanism of transfer of serotonin – the neurotransmitter responsible for our mood.

It turned out that in carriers of this genotype, the most insignificant stress can become a trigger for depression. Those with a different structure of this gene are not subject to depression at all.

Meanwhile, there is another view of the occurrence of this disease. “It is obvious that depression has a familial origin,” writes the American psychoanalyst Nancy McWilliams in her book Psychoanalytic Diagnostics (Klass, 2015), “but so far we cannot assess to what extent this disease is transmitted genetically, and to what extent depressive behavior of parents becomes reason for the similar behavior of their children. “

“Postpartum depression of the mother, which is accompanied by depression, detachment, anxiety, inability to feel the needs of the baby, strongly affects him and contributes to the emergence of a predisposition to this disease,” agrees psychoanalyst Vitaly Zimin. “The fact is that the boundaries of the“ I ”in infancy are very blurred, the child does not yet separate himself and those around him and experiences maternal depression as his own.”

In other words, the presence of an “unfavorable” genotype cannot be called a necessary condition for the formation of depressive disorders. Moreover, warm, trusting relationships in the family reduce the risk of illness, even if there is a genetic predisposition to them.

Depression can incapacitate many more people than angina pectoris, arthritis, asthma and diabetes, a group of experts from the World Health Organization (WHO), led by Dr. Somnat Chatterjee, concluded. They surveyed 245,000 people from 60 WHO member countries.

The participants answered the questions: how do they sleep, whether they are bothered by pain, whether it is intense, whether they have problems with memory and concentration, how do they cope with everyday tasks. The survey results showed that depression is the most damaging to health. If a person suffers from depression against the background of a chronic illness, this aggravates the course of the disease.

3.2% of those surveyed have experienced depression at least once in the last year. Among those suffering from angina pectoris, such were 4.5%, among patients with arthritis – 4.1%, among asthmatics – 3.3%, among diabetics – 2%. Moreover, up to 23% of people suffer from depression due to one or more of these diseases, which is much higher than the likelihood of developing depression in a person who does not have a chronic illness.

“Depression, combined with a chronic illness, has a destructive effect on the body, as it worsens the patient’s condition, despite the treatment of the underlying disease,” says Dr. Chatterjee. “These results point to the need to prioritize treatment for depression.”

In a vicious circle

Most of the work on depression is based on measuring neural activity in the brain. What happens in it when we read, reflect, feel any emotions? Elucidating how the brains function of those with depression in comparison with healthy people helps to better understand which treatment will be effective.

Psychologists and psychiatrists at the University of Wisconsin (USA) first used the method of electromagnetic resonance to see the connection between brain activity and the ability to control emotions.

Participants in the experiment looked at images that caused strong negative experiences (traffic accidents, grin of angry animals), and mentally tried to reduce their emotional reaction. To do this, they imagined a positive outcome of the situation or imagined it only as a frame from a film that has nothing to do with real life.

It turned out that all healthy people are able to consciously manage emotions, but for those suffering from depression, mental efforts do not affect their intensity. In addition, the more they make an effort to be aware and control of emotions, the more they rekindle them, falling into a vicious circle of dark thoughts.

Dr. Johnstone, one of the authors of the study, believes that in depression, the systems of neural connections between different centers of the brain are disrupted: the control center is not able to send a “calming” signal to the center of emotions.

Another study – by French neurophysiologists – confirmed the existence in the brain of a zone that is responsible for the tendency to “personalize”, to refer information to itself personally. It turned out that in healthy people this zone is active only when they think about themselves. For those suffering from depression, this zone is activated in response to any questions, especially with negative connotations.

When a depressed person is asked: “What do you think about stinginess, greed? ..” – he perceives the question as if he were being asked: “Do you have a similar disadvantage?” And he tends to answer positively. So when depression sufferers say that “this is stronger than them” and they cannot react differently, they can be trusted: the perception of the world does not depend on their desire. But this can be corrected.

There is an exit

So, everyone who experiences depression perceives life in black color, evaluates what is happening from a negative point of view, because this is how the disorder in the functioning of their brain manifests itself. “However, fortunately, these processes are reversible,” says Elena Vrono. “A persistent tendency to notice and replay negative information in your head can be eliminated.”

It is interesting to compare how the two main areas of treatment for depression work – treatment with special medications, antidepressants, and cognitive psychotherapy. It turns out that both change the biology of brain activity. Moreover, psychotherapy, by forcing patients to work on the “negative thoughts – negative emotions” connection, has a direct impact on those areas of the brain that are responsible for personalized perception of negative information.

If you treat mental pain pragmatically and ask for help in time, you can be sure that it can be treated

It often happens that, experiencing the most difficult mental disorder, depression, we pull to visit a specialist, we hope to cope with them by our own efforts. However, this hope is false.

“Disorders of emotions, memory, thinking that accompany depression are based on disorders of biochemical processes that can really be corrected with the help of modern medicines, as well as psychotherapy,” says Elena Vrono. – Moreover, the correct treatment is purely individual, there can be no general advice. There is only one rule here: if you treat mental pain pragmatically and ask for help in time, you can be sure that it can be treated. “

The first psychoanalytic hypothesis about what constitutes depression was put forward by Sigmund Freud. In 1917, he wrote Grief and Melancholy, in which he contrasted depressive (melancholic) states with the natural experience of grief.

“According to Freud, both grief and depression are a complex of feelings (sadness, depression, guilt, auto-aggression) that occurs as a result of the loss of either a significant person or some psychological state: love, security, well-being, ideals, hopes , ideas about oneself, – explains psychoanalyst Vitaly Zimin. – However, unlike depression, grief passes over time: we accept the loss, finding a new object for affection, love, restoring self-image, ideals, hopes. This doesn’t happen with depression. Freud explained this by the fact that a person experiences not only positive feelings, but also a strong hatred of what he has lost, and directs it to his own “I”. This is why people with depression have very strong aggressive feelings towards themselves. As a rule, they manifest themselves in cruel self-accusations that lead to a state of deep depression. “

One day you wake up and understand: the world has suddenly lost its colors, food – taste and smell, work is meaning. Favorite activities do not please, in the place where plans, ideas, dreams and desires once swarmed, there is an absolute emptiness. How to cope with this condition if you do not want to cope?

Mutual dependence can bring a daughter and a mother closer together. But caring for an elderly loved one is expensive and difficult, so aging is often a challenge. Psychoanalyst Claude Almos talks about shame, anxiety, guilt and how we can stay human. 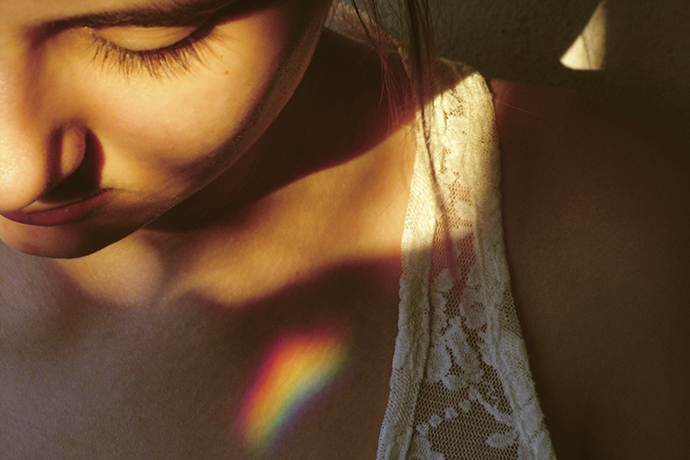 KNOW YOURSELF
Taming Pain: A Few Exercise to Make You Feel Better
We create a healing resource Vladimir Snigur, psychotherapist
0 98
What happens if you stop desperately seeking love
1) you will be less nervous Agree, dating is tiring –
0 55 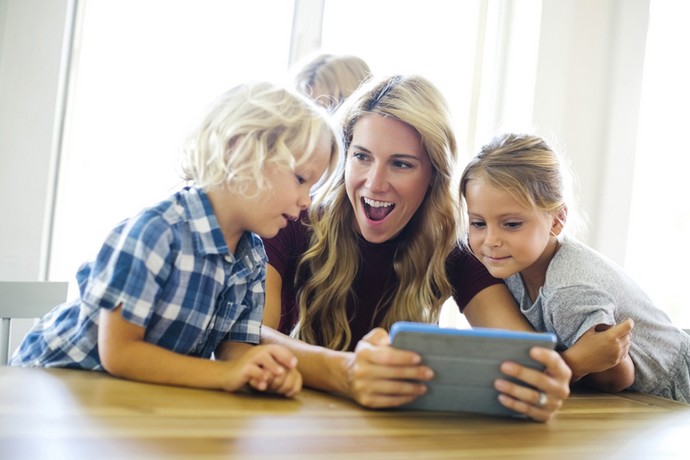 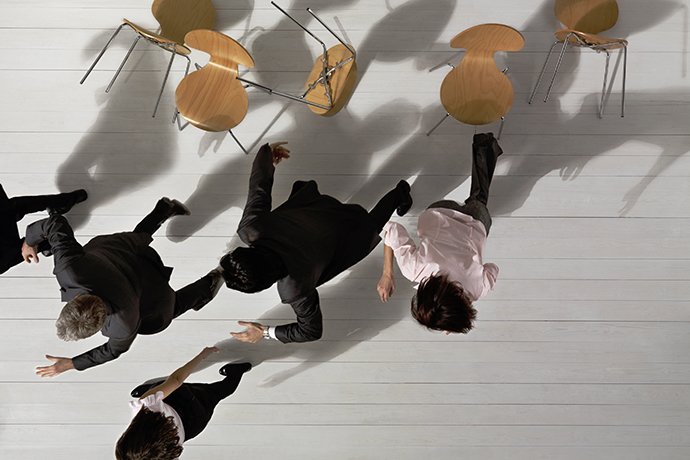