Change the future: what are transformation games 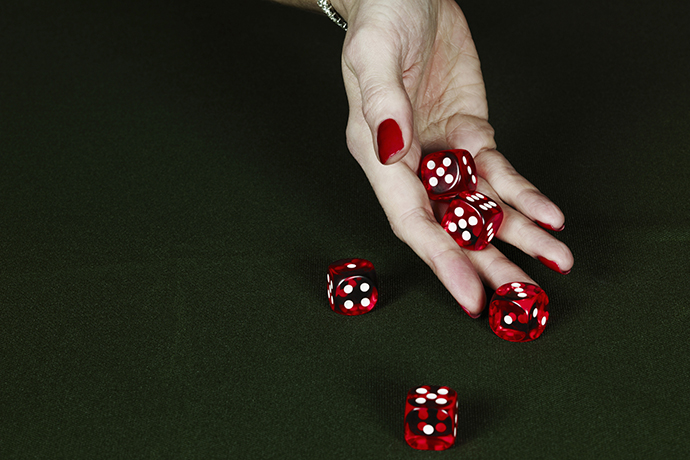 It is said that some thirty years ago, a group of young Englishmen, traveling in Tibet in search of enlightenment, met Buddhist monks. They sat in the sand around the painted symbols. Looking closely, the British realized that the drawing in the sand serves as a playing field. Young people asked for permission to observe and studied the mysterious process for a long time. And when they returned to their homeland, they patented the game “Transformation”, which laid the foundation for the passion for transformational games – and at the same time gave them a name.

These games are gaining popularity today. Moreover, in Russia and some former Soviet republics – even more than in the West. Perhaps because solving problems with the help of a psychotherapist is still not too familiar for us, suggests psychologist Alla Chugueva, author of the transformation game “Parade of Planets”: “Going to a psychologist is still perceived by some almost as a confession of their own abnormality. And here – just a game. ” Which, nevertheless, helps to at least one step closer to life goals.

Transformation games can be roughly divided into three categories: esoteric, business games, and psychological. An example of an esoteric game is Leela Chakra. It is based on the ancient Chinese Book of Changes: each of the 64 cells of the playing field corresponds to one of the I Ching hexagrams. Getting on it, the player interprets her message in relation to his situation and eventually creates a kind of model of his spiritual path. This game can have different goals: from “finding a job” to “finding out why I came into this world.”

There are no losers in transformation games. Everyone will receive an answer to their question

The second category is business games: they either teach specific business skills (decision-making, team building), or help to change the attitude towards money and find new strategies for making money. An example is Eugene Geller’s game MatriX, a kind of brainstorming simulator.

The third area is psychological games. This is “Support”: the leader draws a card from the deck with a description of a difficult situation (for example, “I can not finish a single case”), and the others support him. In the course of the game, it becomes clear what type of support (action, emotional, intellectual) everyone is ready to accept and give to others and what skills they lack.

But what about the familiar to many “Mafia” (where the “sheriff” must neutralize the “mafiosi” who are hiding among the peaceful “residents of the city”) and “Imaginarium” (where players offer associations to fantasy images on cards)? After all, they also develop observation, logic, empathy … These games are not transformational, but entertaining. They have a different goal: pleasure, communication and, finally, winning.

“Any game develops some skills, at least communication skills,” explains Alla Chugueva. – And the main property of the transformation game is that it is always carried out taking into account a specific request. Each participant has his own, although they play the same game. And there will be no winners or losers in it. Everyone will receive an answer to their question. “

“A professional presenter can use any tools in his work to help people learn something about themselves, even a simple card game,” says psychologist Olga Nikitina, host of transformation games. But in order to get closer to realizing our dreams and to remove obstacles on the way to it, we will not only have to get to know ourselves better, but change. It is for the sake of change that you need to play transformational games.

How this happens can be seen on the example of the “Parade of the Planets” game. There are nine planets, each symbolizing an important area of ​​life: health, career, a special gift … Participants choose one of them for “living” in accordance with their theme. Already at this stage they clarify their requests. After all, “I want to get married!” for someone “about love”, and for someone “about wealth”.

They then embark on a journey to the Happiness Galaxy. As it should be in a stellar odyssey, they face dangers: meteor showers or attacks by space pirates. All events in the game are a metaphor for situations in the lives of players. The facilitator helps decipher these metaphors so that the players use the knowledge gained.

The game gives you the opportunity to change yourself. And then the person we will become will begin to change circumstances

“When we dream about something, we strive for changes in one area, but everything is interconnected, and the game shows how other aspects of our life will change if we achieve what we want,” explains Alla Chugueva.

Usually, we would rather change circumstances than ourselves. But the greater the distance between the reality around us and what we want, the more changes will occur in us on the way to the goal. Otherwise, the goal will constantly and inexplicably elude us. Play gives us this valuable opportunity – to change ourselves first. And then the person we will become, a person with new properties and skills, will begin to change circumstances. 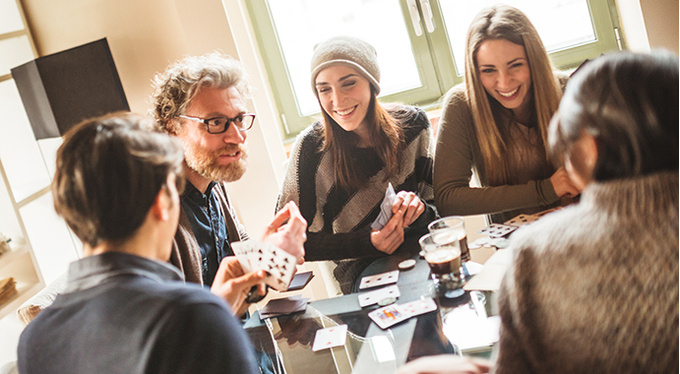 “Many acquaintances were surprised: how did you, a systemic family therapist, start playing some games? – says Alla Chugueva. – But it seems to me that they have great potential. Observing the results of the players, I see that understanding their own way of thinking and acting often comes to them faster than in therapy, because it is easy to open up in the game, there is less resistance to change, and excitement helps. The player is able to quickly realize his own characteristics and often even see the ways of change in one game. “

Alla Chugueva compares the result of transformational games with the effect of short-term problem-solving therapy (SPCT).

Olga Nikitina agrees with this: “The similarity between transformational play and therapy is that in both cases the participant’s awareness increases: he can see events in his own life as if from the outside and notice patterns in them, for example, repetitive plots and feelings, and then influence them “.

But other types of psychotherapy, for example psychoanalysis, which work with “life in general”, analyze personal history, look far into the past. Here the differences are great: the game is focused on a “single” issue and is aimed at the future, at finding what you want.

The meaning of accidents

Critics of transformational games often reproach them for being frivolous and unscientific. We blindly roll a dice, take out cards with tasks at random … What psychological patterns are there? But the presenters often hear from surprised players: “It’s just like in my life!” What’s the matter?

“Perhaps the explanation is how the mind works,” suggests Olga Nikitina, “we have the ability to respond to almost any story. And the game is designed to update our experience. “

It is not important which card we pulled out, but how we react to it, what we feel, what we are doing

Alla Chugueva points out that the element of randomness does not play a big role in the final result of the game.

“The client, who is also a player, always talks about himself. And in this sense, it is not important which card he pulled, but how he reacts to it, what he feels, what he is doing. Both in play and in life, he expresses himself – with all complexes, fears and aspirations. But in the game he sees them more clearly and therefore gets clearer answers to the questions that he asked at the beginning: is the set goal achievable? What qualities will help you get to her? Or maybe you should change your priorities? “

What is useful to consider, who decided to understand himself and get closer to his dream through the game?

First, many games promise quick results, but this may differ from the player’s initial desire. If, for example, having received a salary of 40 thousand rubles for many years, we come to the game with the dream of getting into the top ten of the Forbes list, it is unlikely that we will become billionaires immediately after the game. But it is quite possible that we will understand the unrealistic nature of our requests and find a way to achieve more modest financial goals.

Secondly, the games are very diverse. To some, battles with space pirates may seem ridiculous. And in games aimed at a female audience, lighted candles, crystal balls and other magical entourage are often used. If all this is not to your liking, then it is better to look for another game. Otherwise, your skepticism will interfere with you, the host, and the rest of the players.

Third, it is extremely important who plays the game. An inept facilitator can trigger traumatic memories in players or damage them with inappropriate remarks. Professionals do not make such mistakes. True, Evgeny Geller, who, in addition to MatriX, created one of the most famous psychological games “Genesis”, has no psychological education. But this is more the exception than the rule. 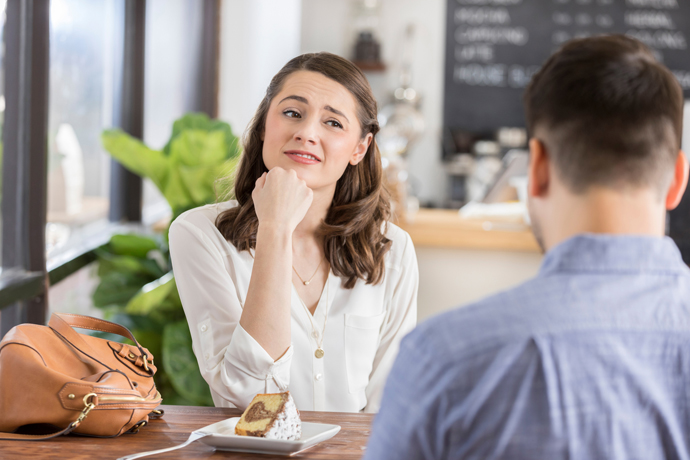 KNOW YOURSELF
How do you know if a date has failed and end the relationship tactfully?
We are waiting for the meeting, we are imagining how
0 124
5 psychiatric hospitals and their famous patients
3. “Kashchenko” Vladimir Semenovich Vysotsky
0 7
what if the partner is addicted?
What really lies behind a sexual obsession that is
0 9
4 ways to protect yourself from abuse
1. Learn to recognize insults Determining what’
0 8 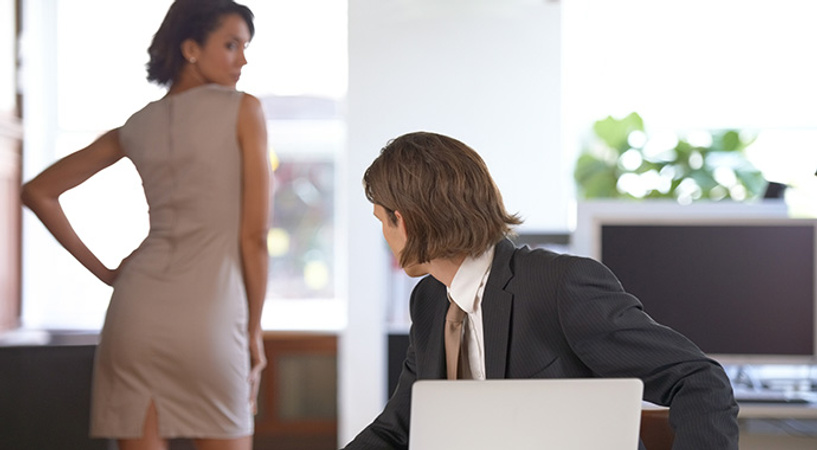 KNOW YOURSELF
Sex: what men dream of
18+ Sexual fantasies are completely natural.
0 75
You may also like
survive without loss and grow as a person
A man going through an identity crisis or a midlife
01
20 cognitive biases and how they affect our lives
Circumstances do not determine worldview.
03
How to communicate with “energy vampires”
Energy vampires are neurotic people with personality
04
Self-harm: 6 myths about selfharma
What makes people of all ages, especially adolescents
03
Unexpected gifts of the outgoing year
The outgoing year has become difficult for many.
04
Solve your problems in a dream … Is it possible?
Psychological interpretation As a result of our joint
03
“I’m 50 and I’m not looking forward to looking younger.”
A woman with us constantly owes something to someone.
04
7 female qualities that men say are the most attractive
Intelligence and discernment Most of the respondents
03
This website uses cookies to improve your experience. We'll assume you're ok with this, but you can opt-out if you wish. Cookie settingsACCEPT
Privacy & Cookies Policy