Behavioral Economics: The Stupid Things We Do 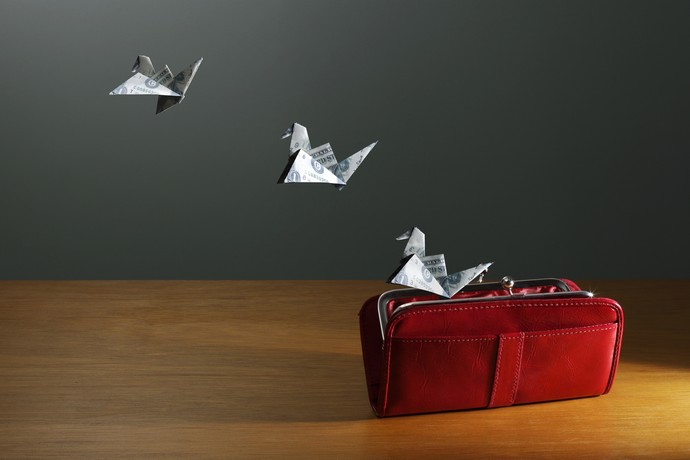 What is more important to you: money or safety? Richard Thaler devoted his dissertation to this problem, which he called “The Cost of Living.” In one study, he asked a group of students two questions:

1. “How much are you willing to pay for a dose of antivenom if there is a risk of contracting a fatal disease? The probability of infection is 1 in 1000. “

2. “For how much would you agree to participate in research on the same disease? The probability of infection is 1 in 1000. “

If the students thought rationally, the sums in the answers would be the same. But the results showed that most are willing to pay $ 2,000 for the antidote and will refuse to participate in the study if the compensation is less than $ 550,000.

Neither economic theory nor logic could explain such a difference in numbers. This was done by Richard Thaler, a “certified bummer,” a man who was said at the time of graduation: “We didn’t have much hope in him,” and a 2017 Nobel Prize winner in economics. He noticed that people make a lot of bad decisions, but the main thing is that our mistakes can be predicted.

1. We feel the loss more than the joy of an equal profit

In theory, before making a decision, we should ask ourselves about the “cost of the opportunity”: what would I lose if I did this? But this is theory: To show what is really going on, Thaler used the example of Richard Rosetta, a wine collector who kept bottles worth $ 100 in the basement.

He didn’t like the wine, but he didn’t want to sell it and didn’t buy another wine for the same $ 100. According to his logic, to leave everything as it is (tasteless expensive wine in the cellar) means not to lose anything, to buy a new tasty wine means to re-pay $ 100 from the wallet (even if he saved it from the sale of old wine).

2. We get pleasure or upset depending on the conditions of purchase, and not on the benefits of the product

We will gladly eat a hot dog during a sports match, although it will cost more than in a tent outside. We are willing to pay more for soft drinks in the bar than in the store next to the house. And if we see goods at a very attractive price, then we can buy, even if they are not needed. We do this simply because we like the buying situation itself: the combination of time, place, circumstances and our own high spirits. 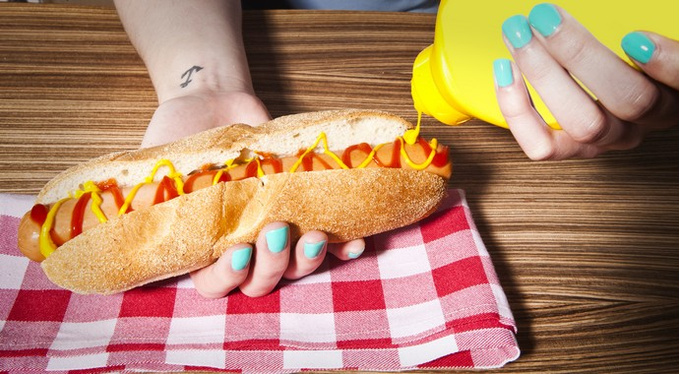 3. It is difficult for us to give up something if we have already given money or invested energy

Did you have to go to work when you were sick, or go to a concert despite a severe snowstorm so that tickets would not be lost? The mythical characters from the textbooks of economics do not do that: if the costs cannot be recovered, then it is not worth thinking about them, they say. We pay great attention to them. In addition, the more we pay, the longer we are ready to endure the discomfort. Think, for example, how you tried to smash expensive shoes.

But over time, the willingness to make sacrifices to avoid loss weakens. This is how another phenomenon manifests itself – “depreciation of payment”.

4. When planning a budget, we adhere to strict rules, even when there is no need to.

Talking about the budget, Thaler reminds of how important it is to spend money in accordance with your own needs, rather than following the rules and regulations. Sometimes the strict allocation of the family budget can lead to poor decisions. In 2007, fuel prices in the United States fell by about 50%, and most families, instead of spending the money saved on groceries or buying equipment, started refueling their cars with higher-grade gasoline.

5. Sometimes we find it difficult to control ourselves (“the cashew phenomenon”)

One day Thaler invited his friends to dinner. While the guests waited for the main course to be baked, the host brought in a large vase of cashews. In five minutes, the friends ate half of the nuts so that they would not kill their appetite, Thaler had to take the vase back to the kitchen, and the guests were grateful to him.

A rational person from an economics textbook will act on the basis of his preferences: if he wants to eat nuts, he will leave them on the table, otherwise, he will take them away. But Thaler’s guests, despite their desire, understood that they would not be able to resist and would kill their appetite, so they were glad when he hid the cashews.

We are guided by the same motives when we set the alarm clock in the far corner of the room, set artificial deadlines for ourselves, or buy sweets one by one, although the packaging would have cost us less. Often, our choice does not reveal preferences, as economists believe, but simply helps to control ourselves. 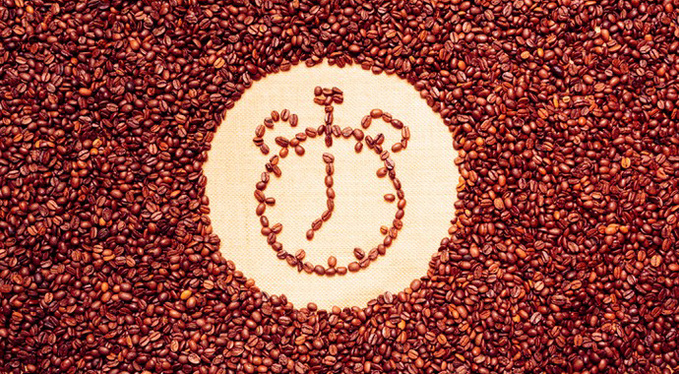 6. We do not want to risk what we have, even if we got it by accident

Researchers Jack Knetsch and John Sinden have discovered another curious feature of our behavior. They conducted an experiment: half of the participants were given three dollars, the rest were given a lottery ticket, which made it possible to win a valuable prize. Then they were asked the question: “Would you prefer to have three dollars or a lottery ticket?”

According to the textbooks, what we receive initially should not have influenced our choice. But most of those who had a lottery ticket from the beginning decided to keep it for themselves, and only a third of those who got the money were willing to buy it.

7. “Narrow framing”: we do not consider the chain of events as a whole

Any problem can be viewed from the inside, narrowly, or outside. With a correct assessment of the situation, the second option will be more reliable. True, at the moment of making a decision, we do not think about it.

An example demonstrating this behavior was suggested to Thaler by his friend Dani. Together with a team of researchers, he took part in the development of educational programs for high school students. After a few months Dani wondered how long it would take to complete the project. He interviewed several colleagues and received responses ranging from 18 to 30 months. But there was an expert on the development of such programs among the team members, and Dani asked him to give an estimate based on his experience. The expert, who had previously named the period of 30 months, now said that before such work took at least seven years and in half of the cases it was never completed.

The inside look limited the expert, so he chose an optimistic forecast, and the outside look allowed him to give a more accurate estimate.

8. We strive to avoid what we believe to be “unfair” proposals, even if we ourselves suffer

Thaler first discovered this pattern when he argued with a neighbor over a willow tree: it grew near the border of two plots, closer to Thaler’s house, and harvesting its foliage was a lot of trouble. Thaler liked the tree, but a neighbor asked to destroy it.

To maintain the relationship, Thaler found out how much it costs to cut down a willow (it turned out: his monthly salary). After that, the professor came to the neighbor and said that he personally did not bother the tree, but he would not mind if the neighbor removed him from the site at his own expense. The neighbor considered this proposal unfair, slammed the door, and they never returned to this issue. 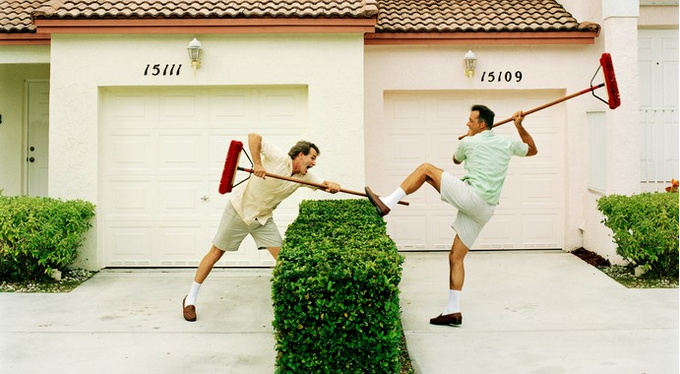 9. We do not always know what we like (“the phenomenon of inverted preferences”)

We like to think that we have clearly defined preferences, but we don’t. Thaler describes an experiment in which subjects choose between two games of chance: a lottery with a guaranteed prize of $ 10 (B) and a risky game with a low probability of winning $ 30 (A). Most of the survey participants chose the win-win lottery (B). But when asked what the minimum price they would be willing to sell each game for, most people rated Option A higher than Option B.

10. “Big nuts”: the amount may seem large or small to us depending on the context

Many of us are willing to drive across town to save $ 10 on a player, but not willing to do the same with a TV. The fact is that $ 10 in the context of buying a TV seems like a nut or not enough discount to make an effort.

In general, you and I are irrational creatures, and knowing this, many manufacturers profit from us. But is it really that scary? “Except in rare cases, the inability to act according to a model of rational behavior is not fatal,” says Richard Thaler. However, forewarned means forearmed: knowing about our characteristics, we can change a lot in our consumer behavior.

About the author: Richard Thaler is an American economist, 2017 Nobel Prize in Economics for his contributions to behavioral economics, and professor emeritus in behavioral sciences and economics at the University of Chicago Business School.

Rebuild your past to open the way to the future
“Put the dough in the evening, in the morning you will
0 41 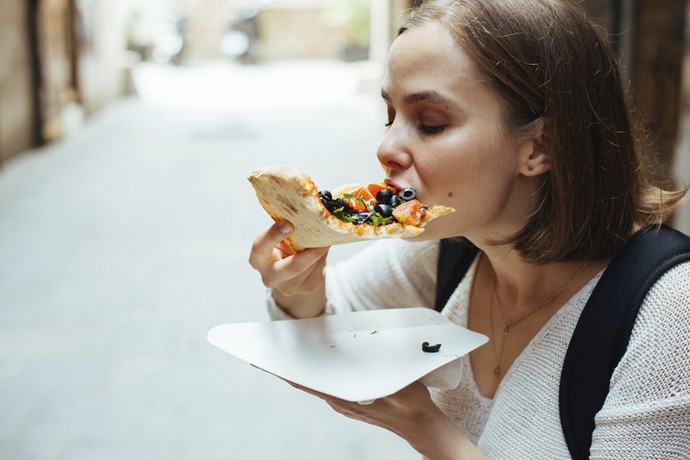 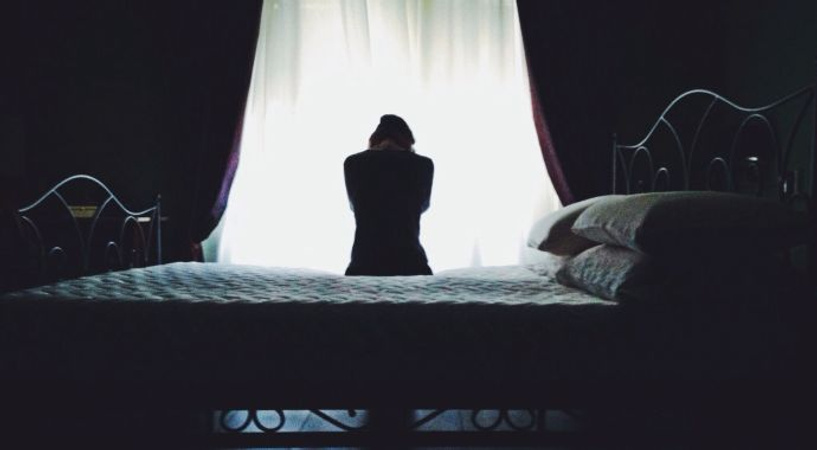 KNOW YOURSELF
“I haven’t had sex in ten years.”
There has been no sex for almost ten years.
0 125
“Sorry for the voice”: 7 rules of digital etiquette
Hi, my name is Julia and I hate voice messages, at
0 84
You may also like
Is it necessary to seek happiness
Psychologists say that happiness is not a permanent
03
Accept what we cannot change
Why do we suffer. We need love, to feel loved –
03
What is the difference between love and friendship?
What is the difference between love and friendship?
09
What inner limitations prevent us from telling the truth
The truth can be cruel, and its consequences are not
08
I don’t remember my childhood
“My brother is happy to talk about how we built huts
010
What to do if your boss tries to manipulate you
Is your boss yelling at you, throwing a report at you
011
Whom did we dream to marry in childhood?
“I’m going to marry my dad,” says a six-year-old girl
010
How to support yourself if you have a chronic medical condition
A long illness is, in addition to all the disadvantages
09
This website uses cookies to improve your experience. We'll assume you're ok with this, but you can opt-out if you wish. Cookie settingsACCEPT
Privacy & Cookies Policy