The neuroses of the powerful

Psychologies: What Unites Those in Power?

Jean-Pierre Friedman: People in power – politicians, businessmen, or top managers – are very different from each other. But there are two unchanging facts.

First, almost all of them grew up in a symbiotic relationship (emotional fusion) with the mother, which was characterized by excessive care and desire to indulge all the child’s desires, and conflict (hostile, full of contempt, or simply cold) relationship with the father.

Secondly, they have a similar attitude to power – it becomes synonymous with life and seems to them a guarantee of eternity. Such people strive to preserve power at any cost: its loss symbolizes death for them, but they cannot accept either the thought of their own disappearance or the fact that the world can survive them.

Alexey Sitnikov: Most people in power have a high level of emotional intelligence – EQ. And the higher the EQ, the better the person understands his own feelings, understands the mood of people, is able to quickly assess the situation and accurately respond to it. In addition, all these people, before they achieved success, had to go through a tough “natural selection” and develop such qualities as psychological stability and composure. They are goal-oriented, ambitious, and well-trained.

Being in power inevitably develops certain qualities, character traits to the detriment of others. Does it really matter?

A.S .: Among politicians and businessmen who are considered to be successful, there are a lot of those who have forgotten how to hear their own “I” and therefore are deeply unhappy. Early in their careers, they tend to make decisions based on intuition rather than rational calculation. But the higher they rise, the less they listen to the inner voice and gradually fall into the captivity of the stereotypes that exist in their environment. As a result, their career or financial success does not bring them satisfaction or joy.

In my practice, there was a case. A senior official, when asked about his priorities, said that he has a wonderful wife and daughter with whom he wants to spend more time. He talked about his love to travel and read books. And then to my question “How can I help?” – he replied: “I beg you, elect me as mayor!”

Is the attitude of those in power towards women different?

J.-P. F .: Their desire for more power is often equal to their desire to win more women. For example, François Mitterrand had a personality type that fully responded to his desire for power – the type of “enticing strategist” with an admixture of cunning and charm.

A.S .: It also depends on how much a person is held captive by stereotypes. If today it is fashionable among men in power to have a wife or girlfriend of a model appearance, a person who depends on stereotypes will certainly have one. Well, if he really likes such a woman, then he is lucky. 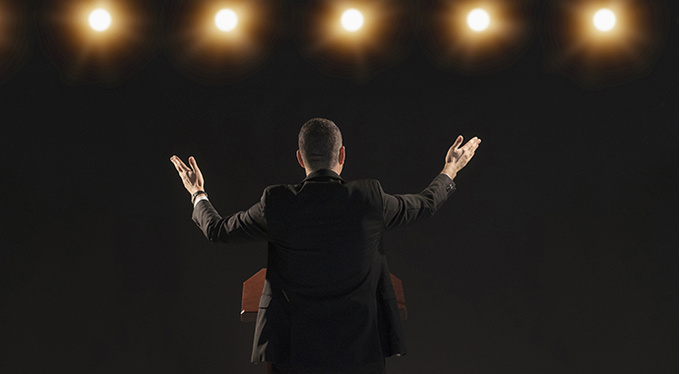 How can one explain the fact that candidates continue to run in elections even when they have no chance of winning?

A.S .: This is largely due to the most striking character traits that determine behavior. It can be demonstrative, when a person is driven by the desire to be constantly in the spotlight; fixation on one overvalued idea – and sometimes he goes to it right through, even without a chance of success; hypertimality, when a person’s main aspiration is new impressions or just entertainment.

Elections are a great opportunity to be in the spotlight, show yourself, have fun or compete. But, as a rule, even going to the polls not to win, each candidate secretly hopes for success.

J.-P. F .: Elections are a rare opportunity to fuel your narcissism and boost your self-esteem. They will be talked about for several months. For example, a candidate knows for sure that he will never become president. But imagine the feelings of this man about the fact that the whole country knows who he is: the feeling of omnipotence, exclusivity, exclusivity – it is difficult for him to refuse.

Why do politicians often easily change their beliefs?

J.-P. F .: Their main desire is to gain power. Of course, there are politicians who, on the way to it, proclaim ideas that they sincerely believe in and that are consistent with their personal values. But even in this case, at least a partial rejection of their opinions is inevitable: as these people move to power, their personal beliefs fade into the background. First of all, what leads to victory is taken into account.

Each of us has both masculine and feminine. Women in power rely primarily on the male part of the personality

A.S .: In our country, the population does not expect politicians to fulfill what they promised. And the capital of a politician is the intention of voters to vote for him. The more difficult it is for people to live, the brighter the image of the future, which they imagine for themselves. The louder the political promises, the higher the motivation to support the one who makes them. Therefore, every time politicians are forced to promise something new. At the same time, you can always justify yourself by speaking about the need to wisely take into account the changed situation and follow it.

Can all this be said about women in power?

J.-P. F .: Each of us has both masculine and feminine. The feminine part of our personality has its own distinctive qualities: love, patience, understanding. Male – this is purposefulness, willpower, rationality. Women who realize themselves in power structures rely primarily on the male part of their personality.

A.S .: The psychological reasons why women want to get involved in politics are the same as those of men. But a woman in power, even if she seeks to prove to others that she is primarily a good leader, unconsciously uses her secret weapon.

For example, Condoleezza Rice is often called “Bush’s head”, but her neatness, elegance, and thoroughness in choosing a suit – all this does not allow us to forget that she is a woman. Sometimes demeanor, physical attractiveness, good taste and the ability to play on men’s weaknesses help women to achieve the desired decision or divert attention from their lack of professionalism in some issues.

Is there an ideal person in power?

J.-P. F .: “Good” will be the one who will use his narcissism and megalomania for the benefit of people. Although there are many examples in history of how dangerous the abuse of power is. And it is difficult for a person (with very rare exceptions) to resist the desire to use power for personal purposes. That is why democratic procedures are so important to limit this power.

A.S .: A bad ruler is one whom people fear and do not respect; a good ruler is one whom people fear and respect; very good – someone they don’t notice. The more unfavorable a society is, the more it is politicized and the more demands it makes on the person in power. Therefore, the image of an ideal politician, as a rule, corresponds to the expectations of people, it is good when it is combined with such eternal values ​​as decency, honesty, responsibility, intelligence.

KNOW YOURSELF
6 types of Internet interlocutors: memo for women
“What did he mean?”, “What does he
0 79

KNOW YOURSELF
Finding support in difficult times: 5 Buddhist truths from the Dalai Lama
Constant competition with each other, the race for
0 66

KNOW YOURSELF
5 mistakes when leaving (and how to avoid them)
1. Communicate your decision on time Talk about your
0 19

KNOW YOURSELF
Should I discuss my divorce experiences with my children?
When we want to protect our children, we sometimes
0 85

KNOW YOURSELF
You have to be honest on the first date.
The second date, like the first, was pleasant.
0 81

KNOW YOURSELF
What to do if you and your partner have different sleep schedules
Comedian Kumail Nanjiani and writer and producer Emily W.
0 80

KNOW YOURSELF
Sex after childbirth: training intimate muscles
Well-developed pelvic floor muscles are the key to
0 29

KNOW YOURSELF
The habits of successful people
Matt Mullenweg, former lead WordPress developer and
0 100
You may also like
A simple technique to make a decision and take action
Long-term exposure to the brain of cortisol reduces
02
More sex – higher salary?
We are used to thinking of our careers and personal
06
What to say if you are asked to make a toast?
Since the beginning of time, toast has been a part
07
“We are as one”: why it is dangerous for your couple
“Marriage is when a man and a woman become one person.
07
http://www.psychologies.ru/articles/ubiystvenno-krasiv-zachem-intselyi-lojatsya-pod-noj-hirurga/
http://www.psychologies.ru/articles/ubiystvenno-krasiv-zachem-intselyi-lojatsya-pod-noj-hirurga/
07
How does guilt affect our spending?
“I hate my uncle, he jokes disgustingly and is generally
010
Can Tinder save you from divorce?
Looking back, I understand that the discord in our
06
Why the victims themselves do not always admit the fact of rape
Unfortunately, there are many more cases of sexual
06
This website uses cookies to improve your experience. We'll assume you're ok with this, but you can opt-out if you wish. Cookie settingsACCEPT
Privacy & Cookies Policy