Men do not cry: why it is so important to teach boys to express their feelings

Men do not cry: why it is so important to teach boys to express their feelings

How to help boys survive love dramas, sorrows and difficulties? How, contrary to stereotypes, to raise sons first of all as worthy people? To empathize and accept them, let them talk about their feelings and teach them to listen to others.

“In my practice, I often come across the fact that suppression of emotions and the desire to conform to stereotypes about masculinity push teens to theft, violence and self-destruction,” says Michael Richert, founder of the University of Pennsylvania Boys and Girls Life Studies Center. “The lack of understanding, the reluctance of adults to listen to them, and psychological isolation lead to a tragic choice.”

It is believed that boys should ignore their feelings or hide them. But the inability to express emotions prevents both understanding oneself and getting closer to others. Forcing boys into the stereotype of a real man, devoid of feelings and invulnerable, we neglect their social needs and make them weak. The only way for parents and society as a whole is to raise boys in a positive, healthy atmosphere.

The price of “courageous” restraint

Boys often come to classes less prepared than girls, and adapt longer in the new environment, so it is more difficult to learn than peers. They are also punished more severely for disobedience, which leads to asocial behavior.

Men who were brought up in childhood, relying on false preferences, are more prone to depression and more often commit suicide, they have more problems in personal relationships. They often feel lonely, isolated, more susceptible to prejudices about love and sex – for example, they believe that they are not able to control their instincts or do not need affection, tenderness, deep feelings. This leads to misunderstanding and, even worse, to sexual and domestic violence. In addition, men are less likely to see a doctor and die before women.

It is difficult to ignore the social pressure of stereotypes, but the damage from them is obvious.

Confronting gender attitudes is not easy. Many parents still believe that being a “sissy” is bad and that a boy can be spoiled by love and affection. Growing up, the boys begin to fight, deliberately keep their distance with male friends so that no one doubts their masculinity, they are afraid to be known as sissies and “girls.”

“The image of the“ real man ”has not changed for centuries, and until now, new ideas are being formed extremely slowly,” complains Reichert. It is difficult to ignore the social pressure of stereotypes, but the damage from them is obvious.

How to raise sons contrary to stereotypes

But there is good news: it is in our power to change the situation for the better and raise the boys responsive and sincere. You need to start from early childhood, treating the child with trust and love, speak openly with him, create an atmosphere of intimacy, while not violating the boundaries of the person and giving room for self-realization. Here are some helpful suggestions.

Separation of toys by gender is harmful to children of both sexes. Often, children are furnished according to the norms accepted in society, and toys are selected according to gender. This separation prevents the boys from receiving the first lessons of compassion and responsibility, and from learning empathy.

Why is this so important? Thanks to empathy, we understand what others think and feel, it makes us courageous not for ourselves, but for the sake of another, it helps us to feel happier. People with the ability to empathy quickly learn in a new team, know how to work in a team, openly show sympathy, sincerely interested in someone else’s life and rejoice for others. Studies have proven that such a person is easier to accept in a student company and more willing to hire.

Let the boy play dolls. Believe me, the child will like to care for her, comfort, take care.

When a parent reads a book to his son or daughter, he puts his emotions into this process, and the child can look at the situation with prying eyes. As you read, stop and ask: what do you think the hero feels? How to help him? Studies have proven that reading together helps the child communicate with peers and teaches empathy.

3. Show the boys that you love them

Sons also need warmth and affection, as do their daughters. Do not forbid them to sometimes sleep with you, hug and kiss, climb on their knees. The strictness and estrangement of parents will not make the boys more courageous. On the contrary, men who are deprived of maternal affection in childhood are more likely to suffer from depression and difficulties in their personal lives. It is difficult for them to get along even in their own family.

Believe me, in due time every child will want to become independent. Do not rush him. Trying to “love at a distance” is a big mistake. Children need the love of parents and loved ones, it is important to feel protected. 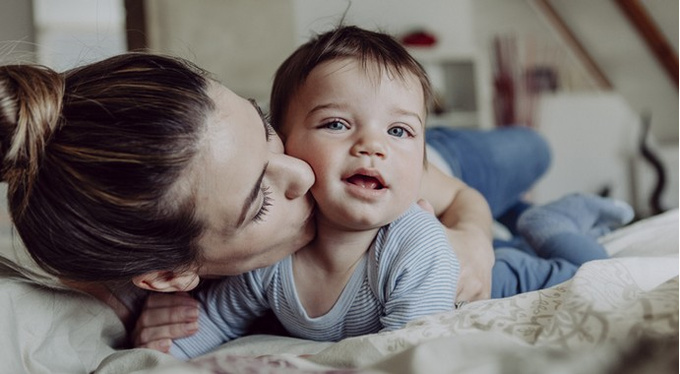 4. Listen to the sons, be interested in their deeds and feelings.

The desire to comply with the accepted version of masculinity in society affects boys even at an early age. To help them maintain their integrity, to remain themselves, to resist pressure, it is important to share their interests, to help develop and learn.

Of course, it’s sometimes harder to let a little man speak out than to teach and educate him. But you need to learn to listen if you want to raise a child healthy and socially adapted.

Boys, like girls, experience pain, sadness, joy, insecurity, anger, are simply afraid to speak frankly about feelings or do not know how to express them. Help your child overcome the barrier, create an atmosphere of trust at home. React correctly even when the boy is angry or upset. Negative emotions, like positive ones, cannot be suppressed.

Sometimes it’s difficult not to take the son’s anger into your own account, not to pass on your own fears and doubts. At such moments, you should remind yourself that attention to the feelings of the child will help him realize their value and learn how to manage them. Understanding how feelings affect thoughts and behavior is a defining function of emotional intelligence, says Reichart.

Too often, boys are told that their goal is independence. The lone ranger is an ideal image of a wanderer and a loner, a “real” man. In fact, boys do not need to strive for loneliness and isolation, they need to learn independence. Understand how to build relationships with others and defend your point of view.

The care of parents is important for children, but this does not mean that you need to unceremoniously climb into their lives, control relationships with peers or protect them from disappointments and losses. Instead, unobtrusively support them, because they are preparing to enter a new, unknown world. Such support will help them grow independent.

There is no need to push independence. If children participate in family life, not only agree, but express their opinion, they become independent and learn how to argue without aggression. In relations, cooperation and compromise are necessary, conflicts are smoothed out in an atmosphere of respect, attention and understanding of the feelings of another.

Often, adults suffer from their own prejudices, sharing the views imposed by society on what a man should be. This prevents them from truly understanding their child, sharing his feelings and thoughts.

Note the strengths of the son. Learn to sincerely admire him. Do not break it, trying to equalize with others. Let him not be able to run fast, but he loves to cook. He does not have the ability to math, but he writes poetry. Support him. Show that you love as he is. Let in your face he will receive the most faithful admirer and fan. Do not try to change it for the sake of public opinion.

Accept your child. This is the only way to inspire him to accomplish, to give strength to defend his position, to remain himself, no matter what others say.

About the expert: Michael Rachert is the founder of the University of Pennsylvania Center for Boys and Girls Life Studies.
Read also

For centuries, women have been forced to play roles imposed by society, and even today, when they have the opportunity to choose, many continue to rely on judgments about what they should be and what they must strive for. Yet stereotypes today are losing relevance …

Why is it difficult for some people to ask for help

Sometimes simple things seem impossible. For example, some, if necessary, ask another person for help, experience a panic attack or fear. Psychologist Jonis Webb believes that there are two reasons for this reaction, and examines them with examples of two stories from his practice.

KNOW YOURSELF
Human friends: dog owners suffer less from loneliness
A new project by the University of Sydney has added
0 306

KNOW YOURSELF
How to turn on composure: the 90 second rule
“When we are no longer able to change the situation …
0 37

KNOW YOURSELF
Hammock yoga, alpha gravity, bungee fitness: why do we need it?
Yoga, which occupies almost the first place among sports
0 80

KNOW YOURSELF
P – priorities: how to understand what is most important for us
Tatiana is 38 years old. She has a husband, two children
0 94
You may also like
A simple technique to make a decision and take action
Long-term exposure to the brain of cortisol reduces
02
More sex – higher salary?
We are used to thinking of our careers and personal
06
What to say if you are asked to make a toast?
Since the beginning of time, toast has been a part
07
“We are as one”: why it is dangerous for your couple
“Marriage is when a man and a woman become one person.
07
http://www.psychologies.ru/articles/ubiystvenno-krasiv-zachem-intselyi-lojatsya-pod-noj-hirurga/
http://www.psychologies.ru/articles/ubiystvenno-krasiv-zachem-intselyi-lojatsya-pod-noj-hirurga/
07
How does guilt affect our spending?
“I hate my uncle, he jokes disgustingly and is generally
010
Can Tinder save you from divorce?
Looking back, I understand that the discord in our
06
Why the victims themselves do not always admit the fact of rape
Unfortunately, there are many more cases of sexual
06
This website uses cookies to improve your experience. We'll assume you're ok with this, but you can opt-out if you wish. Cookie settingsACCEPT
Privacy & Cookies Policy