“Just not in the brain!”, Or How to cope with stress

“Just not in the brain!”, Or How to cope with stress

The effects of stress on the brain cannot be underestimated. Cognitive function suffers, the risk of developing Alzheimer’s disease and dementia increases. Competent stress management can reduce this negative impact, according to researchers at Harvard and suggest a set of measures to maintain normal brain function.

In a state of severe stress, we often show forgetfulness and disorganization. And in the long run, stress can significantly change our brain and affect memory. Animal and human studies show that stress affects the functioning of the brain, says Dr. Kerry Ressler, chief research officer at McLean Hospital and professor of psychiatry at Harvard Medical School.

Scientists have observed changes in the processing of information by the brain in people experiencing stress either real or created in a research environment. To create the latter, the subjects were given complex tasks, such as counting in the reverse order from the number 1073 during the experiment. “It seems that any type of stress interferes with mental activity, attention, and memory,” says Dr. Rössler.

Stress affects not only memory, but also many other brain functions, such as mood and anxiety levels, and also provokes inflammatory processes that adversely affect heart health, says Jill Goldstein, professor of psychiatry and medicine at Harvard Medical School. Thus, stress is associated with multiple chronic diseases of the brain and heart. In addition, it can affect men and women in different ways.

To understand why stress affects thinking and memory, you first need to talk a little about brain function. “Your brain is not a separate organ, but a group of different parts that perform various tasks,” Dr. Rössler explains. According to researchers, when one part of the brain is actively working, others may not receive enough energy to cope with their vital functions.

For example, if we are in a dangerous or emotionally difficult situation, the amygdala is activated – the part of the brain that controls our survival instincts. At the same time, the work of those parts that help to store memories and perform tasks of a higher order leaves less energy. Their ability to do their job is declining. “The basic idea is that the brain spends its resources because it is in survival mode, not memory mode,” says Kerry Ressler.

That’s why under stress we can be more forgetful, and traumatic events are sometimes accompanied by memory lapses. The effect of stress on the brain and body can be different depending on what period of life this happens, says Jill Goldstein. According to her, certain hormones known as gonads play a role in the mechanism of the influence of stress on humans.

They are secreted in large quantities during fetal development, puberty and pregnancy and are depleted during menopause. “For example, lowering the level of the gonad hormone estradiol during the menopausal transition can change our brain’s response to stress.”

How to protect yourself from devastating stress

In order to cope better, you can try to minimize negative factors. Expert advice can help at least partially prevent the damaging effects of stress on the brain.

What do we have to do?

If stress is unpredictable, you can try to control what is available – simple daily activities, for example. “Following a routine is good for development and health,” Dr. Rössler recalls. Predictability helps you withstand stress.

Stress can lead to sleep problems, and lack of sleep, in turn, exacerbates stress. “Defective nightly rest of the brain leads to the fact that those parts of it that perform higher-order functions work worse.” According to Dr. Rössler, healthy sleep habits can help. This means going to bed and waking up at the same time every day, avoiding caffeine in the afternoon and creating a relaxing atmosphere in the evening.

Using different strategies to manage your workload can also reduce stress. For example, you can create a specific list of tasks every day. Then duties and deeds will no longer seem insurmountable. It also sets a clear line, the boundary of the end of the working day. “This distribution of tasks helps reduce the feeling that the brain is being bombarded,” said Kerry Ressler. It can also help predict the most stressful moments.

Getting timely support can help you become more resilient and better manage stress, which ultimately helps protect your brain. Getting help early can reduce the likelihood of future health problems caused by stress.

“Life without stress is not only impossible, but also likely to be quite uninteresting. In fact, a certain degree of stress helps growth, ”says Rössler. Instead of striving for his absence, the doctor recommends working on a healthier response to this factor. 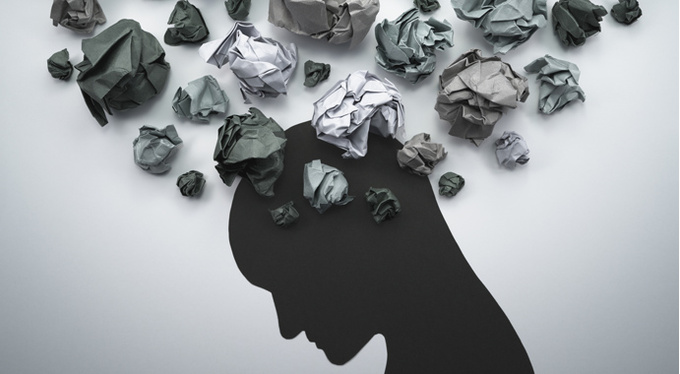 Scientists have found that chronic, that is, constant, stress can lead to brain restructuring. In animals experiencing prolonged stress, those parts of the brain that perform tasks of a higher order — for example, the prefrontal cortex — were less active, and primitive departments focused on survival, such as the amygdala, were more active.

Dr. Rössler compared this process to training only one limb. The part of the body that is activated more often becomes stronger. And the one that received less attention is weaker. Apparently, something similar happens in the brain when it is under constant stress: the part that helps to deal with danger is “pumped up” and the one that is entrusted with more complex thought processes is “faded”.

In some cases, these brain changes may be reversible, while in others, correction is poor. It depends on the type and duration of stress. Interestingly, childhood experiences seem to have a greater effect on brain development. However, some studies have shown that people who develop resistance to childhood trauma seem to form new brain mechanisms to compensate. These new paths help overcome brain changes that are formed at an earlier age due to stress.

Are all stresses the same?

While the effects of stress on the brain are well documented, it remains unclear which type will be harmful and increase the likelihood of memory problems in the future. When do problems arise – during mild stress or only during prolonged stress? “The question is not simple, because stress is a broad term that is used to describe many different phenomena,” comments Dr. Rössler.

Obviously, the condition that we may experience before an exam or interview is very different from that associated with a car accident or a long illness. “Of course, the more stress, the worse; and long-term, as a rule, worse than short-term. ” But there are additional factors that, according to scientists, make stress more harmful.

Studies show that animals that during the experiments could have foreseen an electric shock – if, for example, it was preceded by a blinking light bulb – were less stressed than animals that did not know when the discharge would be. The same is true for people. If stress can be foreseen, it will be less harmful than unexpected.

If we are nervous about a presentation at work or an upcoming exam, then this stress has a limit – we know when relief will come. If it does not have a visible limit – for example, chronic stress due to financial problems – dealing with it can be much more difficult.

Getting support during stress, we are more likely to experience it more easily than alone and without outside help.

As a summary, it remains to be recalled: life is impossible without stress. Moreover, sometimes it is the driving force of personal progress and success, but the consequences can be fatal to health. Therefore, it is important to remember that you need to take care of yourself and provide competent support to the brain, continuing to live a full life.

Myths and the truth about stress

It seems to us that we know everything about stress. However, this is not the case. Moreover, the little that we know about him often has nothing to do with reality. The list of our misconceptions.

The lie that adults believe in

“I am worse than everyone,” “it’s time to forget about a stupid dream.” Many are familiar with these phrases. They deprive determination and self-confidence. Blogger Ken Reid parses the three kinds of lies that lead to this.

KNOW YOURSELF
I don’t like compliments
“When I’m praised, I feel embarrassed both for myself
0 89

KNOW YOURSELF
Eight phrases that are harmful to children
If you have children, you probably use these phrases
0 51

KNOW YOURSELF
How can you help your child succeed?
In 1986, a team of researchers from the University
0 48

KNOW YOURSELF
love of pets heals stress
Through the mouth of a baby: scientific findings matched
0 17

KNOW YOURSELF
Why do we give alms
The sight of beggars, beggars, homeless people in many
0 25

KNOW YOURSELF
Invisible nuance: what do successful people hide?
31 739 Invisible nuance: what do successful people hide?
0 170
You may also like
A simple technique to make a decision and take action
Long-term exposure to the brain of cortisol reduces
02
More sex – higher salary?
We are used to thinking of our careers and personal
05
What to say if you are asked to make a toast?
Since the beginning of time, toast has been a part
06
“We are as one”: why it is dangerous for your couple
“Marriage is when a man and a woman become one person.
06
http://www.psychologies.ru/articles/ubiystvenno-krasiv-zachem-intselyi-lojatsya-pod-noj-hirurga/
http://www.psychologies.ru/articles/ubiystvenno-krasiv-zachem-intselyi-lojatsya-pod-noj-hirurga/
06
How does guilt affect our spending?
“I hate my uncle, he jokes disgustingly and is generally
09
Can Tinder save you from divorce?
Looking back, I understand that the discord in our
05
Why the victims themselves do not always admit the fact of rape
Unfortunately, there are many more cases of sexual
05
This website uses cookies to improve your experience. We'll assume you're ok with this, but you can opt-out if you wish. Cookie settingsACCEPT
Privacy & Cookies Policy