“I’m not the same as before”: can we change our character

Contrary to the prevailing prejudice that people do not change, scientists have proven that in fact we change throughout life – in accordance with events, circumstances and age. For example, research shows that we tend to be more conscientious in college, less sociable after marriage, and more welcoming when we reach retirement age.

Yes, life’s circumstances change us. But can we ourselves change our character traits if we want? This question was posed by University of Arizona researcher Eric Baranski. She invited two groups of people to participate in the online research: about 500 people aged 19 to 82 and about 360 college students.

Most people said they want to increase extraversion, conscientiousness, and emotional stability

The experiment was based on the scientifically recognized concept of the “big five” personality traits, which includes:

First, all participants were asked to complete a 44-item questionnaire to measure five key personality traits, and then asked if they wanted to change something about themselves. Those who responded positively provided a description of the desired change.

In both groups, most people said they wanted to increase their extraversion, conscientiousness, and emotional stability. 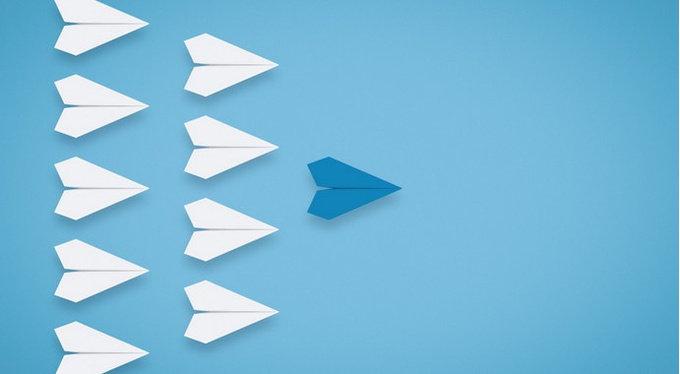 College students were interviewed again six months later, and the first group was interviewed a year later. In none of the groups did the participants achieve their goals. Moreover, some even showed changes in the opposite direction.

According to Baranski, among members of the first group, “the intentions to change their personality did not lead to any real change.” As for the second, student group, there were still some results – though not at all what one would expect. Young people changed either the chosen character traits, but in the opposite direction, or generally other aspects of the personality.

In particular, college students who dreamed of becoming more conscientious, in fact, six months later showed even less consciousness. This was probably because their level of consciousness was quite low from the beginning.

Even though we know the long-term benefits of more sustainable change, short-term goals seem to be more important.

But for students who expressed a desire to increase extraversion, the final testing showed an increase in such traits as benevolence and emotional stability. According to the researcher, perhaps in an effort to become more outgoing, they actually focused on being more friendly and less socially anxious. And this behavior is closely related to goodwill and emotional stability.

There may have been more changes in the group of college students also because they are going through a transformational period in their lives. “They find themselves in a new environment and often feel unhappy. Perhaps, trying to change certain traits of their character, they become a little happier, – suggests Baransky. “But at the same time, they are under pressure from a variety of requirements and obligations – you need to do well, choose a specialty, undergo an internship … These are the tasks that are currently a priority.

Even if students themselves are aware of the long-term benefits of more sustainable change, short-term goals seem more important to them in this situation. “

Desire is not enough

Overall, the results of the study show that it is difficult for us to change our personality traits based on desire alone. This does not mean that we cannot change our character at all. According to Baranski, we may simply need outside help – from a professional, a friend, or even a mobile application that reminds us of our goals.

Erica Baranski intentionally did not interact with the project participants between the first and second stages of data collection. This is in contrast to the approach of another scientist, Nathan Hudson of Southern Methodist University, who, along with colleagues, followed subjects for 16 weeks in several other studies.

The experimenters assessed the participants’ personal qualities and their progress towards the goals every few weeks. With such close interaction with scientists, the subjects achieved great success in changing their character.

“There is evidence in clinical psychology that therapeutic coaching leads to personality and behavior change,” explains Baranski. – There is also recent evidence that personality change is indeed possible with regular interaction between the participant and the experimenter. But when we are left with this task one on one, the likelihood of changes is not so great. “

The expert hopes that future research will show what degree of intervention is needed to help us achieve our goals, and what types of strategies are best suited for transforming and developing different character traits.

Leave a Reply Cancel reply
“If you are sick, stay at home!”
With the coronavirus, everything is both complicated
0 30

KNOW YOURSELF
Feel the pain of others as your own
Lisa paces the hospital lobby and cannot stop.
0 65

KNOW YOURSELF
Me, my husband and his mistress: the story of our quarantine
Anna Did I guess about his betrayal before it was revealed?
0 17

KNOW YOURSELF
Is it really possible to do without sex?
To believe that sex is indispensable means to believe
0 17

KNOW YOURSELF
Men cry too: why is psychological androgyny useful?
A few years ago, a scandal erupted on the Internet
0 71

KNOW YOURSELF
8 mistakes couples make on Instagram
“Why didn’t you like me?”
0 94
You may also like
What happens if you stop desperately seeking love
1) you will be less nervous Agree, dating is tiring –
04
3 stages of a relationship every couple goes through
How many stages does a relationship go through?
03
http://www.psychologies.ru/articles/izmenite-rech-izmenitsya-jizn/
http://www.psychologies.ru/articles/izmenite-rech-izmenitsya-jizn/
04
“Sorry for the voice”: 7 rules of digital etiquette
Hi, my name is Julia and I hate voice messages, at
03
“We could not tell the eldest son that his brother had cancer”
How Lesha got sick In the fall of 2016, my youngest
05
Why are we afraid to quit smoking?
“When the patient says to me:“ I am not yet ripe to
05
A simple technique to make a decision and take action
Long-term exposure to the brain of cortisol reduces
05
More sex – higher salary?
We are used to thinking of our careers and personal
08
This website uses cookies to improve your experience. We'll assume you're ok with this, but you can opt-out if you wish. Cookie settingsACCEPT
Privacy & Cookies Policy