The ex-husband sent Natalya a message that contained insults and a threat to her life. So he reacted to the refusal to change the schedule of his meetings with his son. It was not the first time he threatened her – most often he began to attack when they met, if he could not press in other ways.

But this time the threat was recorded on the phone, and Natalia showed the message to the police. In response, the husband hired a lawyer and said that his ex-wife was the first to threaten him. I had to join the war that he unleashed. The courts, lawyers demanded money, communication with the ex-spouse was exhausting. Natalia was tired, she needed a break. She was looking for a way to protect herself, to limit communication with him without the intervention of the court and the police.

7 simple steps helped put her ex-spouse in her shoes.

1. Decide why you are in a relationship

Natalya was afraid of her ex-husband, but she had to communicate with him, because they were united by a common child, a common past. But when discussing matters and problems, he often got personal, recalled old grievances, insulted, led away from the topic of conversation.

“Every time you interact with a person, remind yourself why you are in contact with him. In each specific case, it is appropriate to establish a certain framework and strictly adhere to them, ”advises consultant psychologist Christine Hammond.

Openness and honesty in a relationship is only possible when you feel safe. In a state of conflict, on the contrary, it is necessary to establish rigid boundaries and to guard them, no matter how the former partner resists.

“Do not be afraid to set limits, for example, refuse verbal communication, face-to-face meetings, discuss matters only in messages. It is not necessary to explain the reasons, it is enough to simply present the aggressor with a fact, ”says Christine Hammond.

3. Accept that your ex won’t change.

Of course, we do not expect love and understanding from a dangerous and aggressive person. However, Natalya hoped that if she agreed with her husband’s demands, he would stop insulting her. But that didn’t happen. She had to reconsider her expectations. She realized that there was no way she could change his behavior and was not responsible for him. 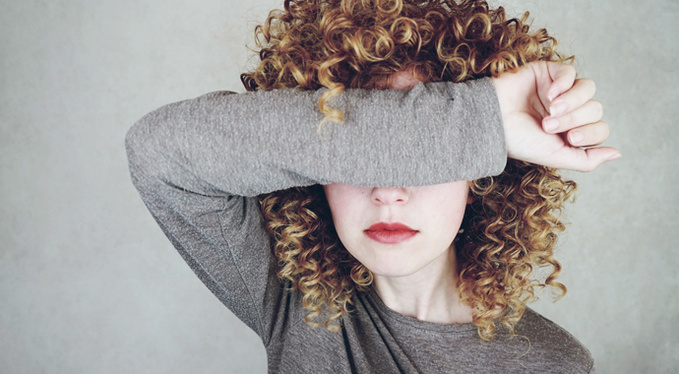 It is always painful to realize that we have trusted the wrong person. But this does not mean that we cannot protect ourselves. To close herself off from the anger and rudeness of her former partner, Natalya began to imagine that his rudeness and insults seemed to bounce off her without causing harm.

Earlier, when the ex-husband behaved peacefully for some time, Natalya began to believe that it would always be this way, and every time she was wrong. Over time, taught by bitter experience, she began to “test” him. For example, she told him something and checked whether he would abuse her trust. I read his posts on social networks in order to know in advance what mood he was in and to prepare for a conversation with him.

Natalya limited the time of conversations, planning in advance phone calls about the child. If a personal meeting could not be avoided, she took some of her friends or relatives with her. She was no longer in a hurry to respond to his messages and requests and carefully considered every word and decision.

7. Formulate the rules of communication

When dealing with an aggressive person, you should always strictly adhere to the restrictions that you have set for him. If your partner is rude and raises his voice, just stop talking. When Natalya’s ex-husband started to insult her, she wrote: “we’ll talk later.” If he did not calm down, she turned off the phone.

This is an example of behavior correction. For “good” the person receives a reward – they continue the conversation with him. For “bad” there is a “punishment” – communication immediately stops. In some cases, Natalya showed her husband’s messages to one of her friends or relatives and asked to answer for her.

Since she began using the seven ways to protect herself from aggression, her relationship with her ex-husband has improved. Sometimes he again took up the old, but Natalia was ready for this. Over time, he realized that he could no longer manipulate Natalia and achieve what he wanted with the help of insults. There was no point in aggression now.

About the expert: Christine Hammond is a counselor psychologist, an expert on family conflicts, and author of The Exhausted Woman’s Handbook (Xulon Press, 2014).

KNOW YOURSELF
Belief in exclusivity leads to disappointment
Somehow, a video of an incident at the airport appeared
0 71

KNOW YOURSELF
Is compassion familiar to “people without hearts”?
They are not just people with difficult temperaments.
0 77

KNOW YOURSELF
Breakup: how to get over
I recently watched a great movie about dealing with
0 82

KNOW YOURSELF
A touching moment: how touch affects self-esteem and relationships
Of course, the touch of our partners is of particular
0 69

KNOW YOURSELF
How psychopaths become successful people
“Not all psychopaths are in jail; some of them
0 39

KNOW YOURSELF
How Chronic Whiners Poison Our Lives
Ever wonder why people complain? Why do some complain
0 114

KNOW YOURSELF
You can break up positively
“Most children, from older preschool to adolescence
0 46

KNOW YOURSELF
love of pets heals stress
Through the mouth of a baby: scientific findings matched
0 17

KNOW YOURSELF
Big stress: how to turn it into an energy source?
Long-term stress is harmful. He is the cause of health
0 47

KNOW YOURSELF
why do we think that nothing depends on us?
Learned helplessness is a mental state in which it
0 22
You may also like
A simple technique to make a decision and take action
Long-term exposure to the brain of cortisol reduces
02
More sex – higher salary?
We are used to thinking of our careers and personal
06
What to say if you are asked to make a toast?
Since the beginning of time, toast has been a part
07
“We are as one”: why it is dangerous for your couple
“Marriage is when a man and a woman become one person.
07
http://www.psychologies.ru/articles/ubiystvenno-krasiv-zachem-intselyi-lojatsya-pod-noj-hirurga/
http://www.psychologies.ru/articles/ubiystvenno-krasiv-zachem-intselyi-lojatsya-pod-noj-hirurga/
07
How does guilt affect our spending?
“I hate my uncle, he jokes disgustingly and is generally
010
Can Tinder save you from divorce?
Looking back, I understand that the discord in our
06
Why the victims themselves do not always admit the fact of rape
Unfortunately, there are many more cases of sexual
06
This website uses cookies to improve your experience. We'll assume you're ok with this, but you can opt-out if you wish. Cookie settingsACCEPT
Privacy & Cookies Policy