How artificial intelligence will change psychiatry

Researchers have developed an AI system – artificial intelligence – that can detect daily changes in speech that indicate poor mental health.

“We are not trying to replace doctors …”

Thanks to advances in artificial intelligence, computers can now help doctors diagnose diseases and monitor the vital signs of patients hundreds of miles away. Researchers at the University of Colorado at Boulder are working on the application of machine learning to psychiatry. They are designing a mobile application that, based on the patient’s speech, can classify their mental health as well as another person.

“We are by no means trying to replace doctors,” says Peter Foltz, a professor at the Institute for Cognitive Sciences. He is also a co-author of a new article in the Schizophrenia Bulletin, which outlines the prospects and potential pitfalls of artificial intelligence in psychiatry. “But we believe that we can create tools that allow psychiatrists to better control their patients.”

In search of a reliable diagnostic method

Almost one in five adults lives with a mental illness. Many of these people live in remote areas where access to psychiatrists or psychologists is very limited. Others cannot afford to visit a doctor frequently, and do not have the time or funds to pay for frequent visits. Even if the patient is regularly seen by the psychotherapist, he uses conversation with the patient to diagnose and draw up a treatment plan. This is an age-old method that can be subjective and not sufficiently reliable, says co-author Brita Elvevog, a cognitive neuroscientist at the University of Tromsø in Norway.

“People are imperfect. They can be distracted and sometimes miss subtle speech signals and warning signs, says Dr. Elvevog. “Unfortunately, in medicine there is no objective blood test for mental health.” Scientists set out to find a more objective way to define the problem.

In search of an “AI version” of such a blood test, Elvevog and Foltz have teamed up to develop machine learning technology that can detect everyday changes in speech that could indicate deteriorating mental health. For example, in schizophrenia, sentences that do not follow the usual logical pattern can become a critical symptom. Changes in tone or rate of speech may indicate mania or depression. And memory loss can be a symptom of both psychological and mental problems.

“Language is an important factor in identifying mental states in patients,” says Foltz. “Using mobile devices and artificial intelligence, we can monitor patients on a daily basis and catch subtle changes in their condition.” 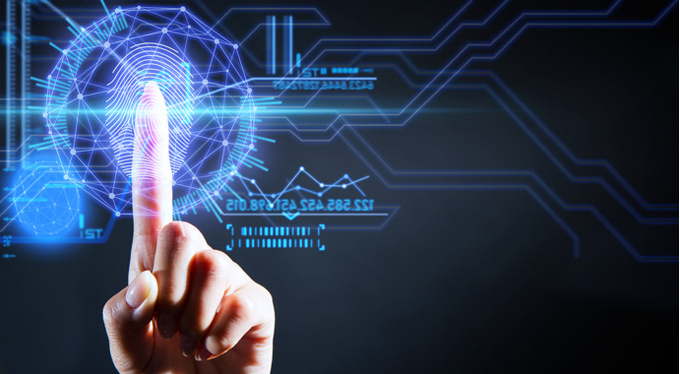 The new mobile application prompts the user to answer a 5-10-minute series of questions by phone. Among other tasks, the person is asked about his emotional state, asked to tell a short story, then, in turn, listen to the story and repeat it, as well as take a series of motor tests by touching and swiping the smartphone screen.

In collaboration with Chelsea Chandler, a graduate student at the University of Colorado at Boulder, and other colleagues, the project’s authors have developed an artificial intelligence system that can evaluate these speech patterns, compare them with previous responses from the same patient and a broader control group, and as a result assess mental health. human.

In one recent study, a team of scientists asked clinicians to listen to and evaluate speech samples from 225 participants. Of these, half were previously diagnosed with severe psychiatric problems, and half were healthy volunteers from rural Louisiana and Northern Norway. The researchers then compared the results of the survey of doctors with the results of the artificial intelligence program.

Our task is not to shift decision-making to machines, but to use them in what they do really well.

“We found that AI models of computers can be at least as accurate as doctors,” says Peter Foltz with confidence. He and his colleagues are convinced that the day will come when the AI ​​systems they are developing for psychiatry will be present in the office at a therapist-patient meeting in order to help collect data or serve as a remote monitoring system for severely mentally ill patients who need in supervision.

Upon detecting alarming changes, the application can notify the doctor to pay attention and take control of the patient. “To avoid costly emergency care and unpleasant events, patients must proactively undergo regular clinical interviews with qualified professionals,” says Foltz. “But sometimes there are simply not enough doctors for this.”

His previous development in artificial intelligence is now widely used. Foltz is confident that the new project will also prove the effectiveness of machine learning technologies. In their article, the scientists urged colleagues to conduct even larger studies to prove the effectiveness and gain public confidence. This is important in order for artificial intelligence technology to be widely adopted in clinical psychiatric practice.

“The halo of secrecy around AI is not helping to build the trust that is critical to medical technology,” they write. “Our challenge is not to shift decision making to machines, but to use them in what they do really well.” Thus, it is possible that psychiatry and medicine in general are on the verge of a new era in which artificial intelligence will become an important assistant for doctors in caring for the health of patients.

KNOW YOURSELF
Why crying girls are not cute
I was one of the first women in the San Francisco Fire
0 66
“We could not tell the eldest son that his brother had cancer”
How Lesha got sick In the fall of 2016, my youngest
0 4

KNOW YOURSELF
Others are to blame
Five-year-old Alina knocked over a glass of milk. “
0 96

KNOW YOURSELF
How to allow yourself any feelings and not be ashamed of them?
“I’m paranoid,” my friend told me with a smile
0 32

KNOW YOURSELF
Mom, dad, am I a contract family?
We met, fell in love, got married, gave birth to children
0 74

KNOW YOURSELF
The quiet relationship killer and two ways to beat him
“Do you remember how it all started”
0 36
You may also like
What happens if you stop desperately seeking love
1) you will be less nervous Agree, dating is tiring –
04
3 stages of a relationship every couple goes through
How many stages does a relationship go through?
03
http://www.psychologies.ru/articles/izmenite-rech-izmenitsya-jizn/
http://www.psychologies.ru/articles/izmenite-rech-izmenitsya-jizn/
04
“Sorry for the voice”: 7 rules of digital etiquette
Hi, my name is Julia and I hate voice messages, at
03
“We could not tell the eldest son that his brother had cancer”
How Lesha got sick In the fall of 2016, my youngest
04
Why are we afraid to quit smoking?
“When the patient says to me:“ I am not yet ripe to
05
A simple technique to make a decision and take action
Long-term exposure to the brain of cortisol reduces
05
More sex – higher salary?
We are used to thinking of our careers and personal
08
This website uses cookies to improve your experience. We'll assume you're ok with this, but you can opt-out if you wish. Cookie settingsACCEPT
Privacy & Cookies Policy