Hidden borderline personality disorder – what is it?

Hidden borderline personality disorder – what is it?

What caused unexpected panic attacks? Where does causeless fear come from? Sometimes borderline personality disorder is manifested. Fortunately, it is treatable. The main thing is to recognize the symptoms in time.

Elena suffered from excruciating panic attacks. Attacks lasted from a few seconds to half an hour. They arose unpredictably and completely unsettled. This prevented her from fully living, working and communicating. She was ashamed of herself. Usually sociable, Elena began to shun people and abandoned her previous hobbies.

Panic attacks began in adolescence. By the age of 30, Elena could not stay in any job for more than a few months, the marriage was on the verge of collapse, there were almost no friends.

Doctors have diagnosed borderline personality disorder. Elena was not at all like a typical patient with such a disorder. She had a latent form of the disease.

Here are a few symptoms of borderline disorder in its latent form:

1. The desire to maintain a relationship at all costs. Elena would never leave her husband, despite the problems in marriage. From childhood, she felt abandoned by her parents and in her youth fell in love with a man whom she married.

2. Unstable and emotionally tense relationships in the family. This was primarily manifested in relations with the mother. She insulted and humiliated Elena. The daughter stopped talking with her mother after the next SMS with insults, and after two weeks, as if nothing had happened, she went shopping with her. Elena suppressed resentment and irritation.

3. Distorted self-image. When Elena was young, mother more than once sent her to participate in beauty contests. Such events form unhealthy ideas about your own body. Elena decided that if she was attractive in appearance, she would not have to deal with emotions and feelings. Because of this, she suppressed anger, grief, shame, guilt and sadness for many years.

4. Impulsivity and self-destruction. Elena did not deny that she was abusing alcohol and drugs. She was prone to uncontrolled spending, self-harm, overeating. Bad habits succeeded each other. If she managed to stop abusing psychotropic drugs, she immediately began to spend money uncontrollably. Overcoming the habit of combing the skin, she began to “seize” stress. Methods of self-harm are constantly changing.

5. Regular suicidal attempts. At first glance, Elena had no suicidal intentions; she denied such thoughts. However, she had overdosed with drugs. Her long-term tendency to self-harm and dangerous behavior was so strong that such acts can also be called covert suicide attempts. 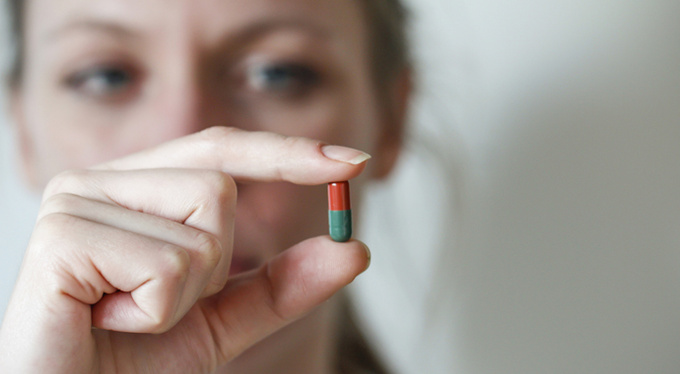 6. Severe anxiety, depression or irritability. In childhood, Elena was told that unpleasant emotions – anxiety, irritation, anxiety – should be ashamed. Since she was not allowed to show such feelings openly, she hid them. As a result, panic attacks arose, and digestive problems were added in adulthood.

8. Outbursts of anger. Elena claimed that she almost never got angry. In fact, she was taught from childhood that anger should not be shown. Anger accumulated over the years, and sometimes unexpected explosions occurred. After she was ashamed, she again resorted to self-harm, overeating or alcohol.

9. Paranoid thoughts. The examination process at the doctor caused such horror in Elena that she threw everything several times and then started again. She had thoughts bordering on paranoia. She was afraid of the reaction of relatives, the condemnation of others. And most of all – that everyone will leave her.

10. Symptoms of dissociation. Sometimes Elena seemed to “fall out of reality”, it seemed to her that she was looking at herself from the side. Most often, this happened immediately before the panic attack and immediately after it. Before going to the doctor, Elena didn’t tell anyone about this, she was afraid that she would be considered abnormal.

Both overt and covert borderline personality disorders are treatable. Psychotherapy helps many patients: dialectical behavioral therapy, circuit therapy, psychological education. When Elena realized what was really happening to her, the panic attacks came to naught, and over time, psychotherapy helped her learn how to better deal with emotional experiences.

About the Author: Christine Hammond is a counseling psychologist.
Read also

Each of us has experienced panic at least once in a lifetime – a sudden attack of intense uncontrollable fear. What if such episodes recur? Video commentary by psychologist Jacob Kochetkov.

They are five, six, seven years old; they love each other – and they don’t hide it. They have everything “like adults” – of course, except for attraction. Parents should not be worried: at the end of the Oedipus period, their children gain new affection and learn other relationships.

KNOW YOURSELF
How long does it take to survive a breakup?
Some believe that at least half the time that the relationship
0 182

KNOW YOURSELF
The loved ones we choose
Dmitry and Anton are 32 years old, they know each other
0 56

KNOW YOURSELF
Learn to accept failure. The Secret of Chinese Happiness
Not finding yourself, not knowing your destiny, not
0 92

KNOW YOURSELF
how to eat safely for nature
Everything in the world is interconnected, and the
0 15

KNOW YOURSELF
Our nightly allies
“This is really strange … Today I dreamed about
0 53
You may also like
A simple technique to make a decision and take action
Long-term exposure to the brain of cortisol reduces
02
More sex – higher salary?
We are used to thinking of our careers and personal
06
What to say if you are asked to make a toast?
Since the beginning of time, toast has been a part
07
“We are as one”: why it is dangerous for your couple
“Marriage is when a man and a woman become one person.
07
http://www.psychologies.ru/articles/ubiystvenno-krasiv-zachem-intselyi-lojatsya-pod-noj-hirurga/
http://www.psychologies.ru/articles/ubiystvenno-krasiv-zachem-intselyi-lojatsya-pod-noj-hirurga/
07
How does guilt affect our spending?
“I hate my uncle, he jokes disgustingly and is generally
010
Can Tinder save you from divorce?
Looking back, I understand that the discord in our
06
Why the victims themselves do not always admit the fact of rape
Unfortunately, there are many more cases of sexual
06
This website uses cookies to improve your experience. We'll assume you're ok with this, but you can opt-out if you wish. Cookie settingsACCEPT
Privacy & Cookies Policy