Friendly sex is quite common. Especially among young people: according to the American sexologist Zhana Vrangalova, at least 60% admit that they have or have ever had at least one such “friend”. And the popularity of this is understandable.

There is nothing surprising in it: the partners know each other well enough, often for more than one year, they are connected by a history of non-sexual relationships, and there is already a certain level of emotional closeness between them.

In other words, friendly sex can protect you from the risks that casual relationships are fraught with, such as the danger of running into a rude, aggressive, or inadequate partner, or falling prey to rumors about your promiscuity.

“But at the same time, friendship sex is far from a full-fledged relationship – such partners always lack obligations regarding a joint future, and the expectations of monogamy in these relationships may not be justified,” notes Zhana Vrangalova. “Sexual relationships between friends help to avoid the danger of opening up and getting closer to someone who is completely” not your “person, but it also does not guarantee that a long-term union that suits both can arise from this.”

In addition to the obvious benefits of sexual gratification coupled with communication and support, companionable sex has two other important benefits, according to American evolutionary psychologist Peter Jonason.

When a person gets himself a sex partner, he fills in the void that occurs in the absence of a fulfilling relationship. Often, such a connection becomes a temporary outlet for him, while he is in search of a partner who really suits him.

On the other hand, an intimate relationship with a well-known person can become a kind of “testing ground” for him, allowing him to check whether he is really ready for a more serious relationship in principle – and perhaps with this partner in particular.

But, as a rule, “sex friends” do not pass this test of strength: only 10-20% of friendships in sexual relations turn into long-term romantic relationships.

The vast majority after some time – sometimes months, and sometimes several years – are faced with the fact that sexual desire disappears. What’s next? Does friendship end with sex and is there a chance after that to maintain a warm relationship? 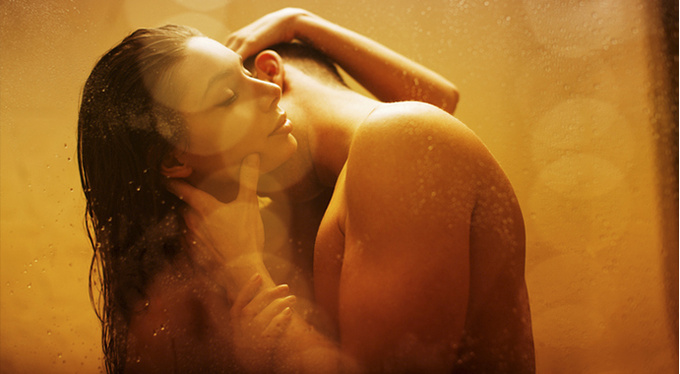 There is a widespread belief that sex complicates relationships by destroying friendships. This question worries those who are thinking about the prospect of friendly sex. In a survey conducted by American interpersonal experts Melissa Bisson and Timothy Levine, friendship breakdown was the second most cited disadvantage of friendly sex (28% of respondents), followed by the risk of developing unrequited feelings (65% of respondents).

However, the results of another recent study cast doubt on these concerns. A research team led by Dr. Jesse Owen of the University of Louisville, Kentucky surveyed 1,000 students about their experiences of friendly sex.

Of the 300 people who had a sexual friendship over the past year, which they no longer supported at the time of the survey, 80% said they remained friends with their partners. Moreover, half of them noted that their relationship became even closer and warmer than before sexual intercourse. Curiously, both boys and girls agreed with this to the same extent.

Friendship sex can end in different ways. For example, sexual attraction may disappear, which, in general, inevitably happens over time. Or sex stops being enjoyable. It happens that one of the partners falls in love with the other, and then one or both of them decide that it was a bad idea. Sometimes one partner has a serious relationship with someone else. But be that as it may, many couples do not see a problem in becoming “just friends” again.

If your relationship is strong enough without sex, then sex alone is unlikely to ruin it.

A common history and shared memories, emotional closeness and mutual sympathy do not go anywhere and can become a good foundation for continuing relationships in a different format.

Well, why did the remaining 20% ​​of the respondents fail to remain friends with their former partners? As it turned out, the initial conditions for their relationship were somewhat different.

Either their “friendly sex” was originally based on something more than mutual physiological attraction, or their friendship was not strong enough. After the end of their relationship, they felt both deceived and at the same time generally spoke about the ended relationship more negatively than those who managed to maintain friendship.

“So if you have a“ sex friend ”or you are just considering whether to start a sexual relationship with someone you know, you should not worry about friendship: if your relationship is strong enough without sex, then sex itself is himself can hardly destroy them. And if your friendship cannot survive after physical closeness, chances are high that it was not friendship at all, ”says sexologist Zhana Vrangalova.

KNOW YOURSELF
Sex after childbirth: training intimate muscles
Well-developed pelvic floor muscles are the key to
0 31

KNOW YOURSELF
How marriage affects a man’s health
“At one time Socrates told me:“ Marry without fail.
0 39

KNOW YOURSELF
Delays in speech development and fits of anger: scientists have established a connection between two problems
Scientists have long suggested that delays in language
0 112

KNOW YOURSELF
How Chronic Whiners Poison Our Lives
Ever wonder why people complain? Why do some complain
0 115

KNOW YOURSELF
Is my company a second family?
Fifteen hands raise glasses of champagne, farewell
0 148

KNOW YOURSELF
Learn to accept failure. The Secret of Chinese Happiness
Not finding yourself, not knowing your destiny, not
0 93

KNOW YOURSELF
7 ways to take your sex life to the next level
18+ 1. Take your time to orgasm Family therapist Gracie
0 61
You may also like
What happens if you stop desperately seeking love
1) you will be less nervous Agree, dating is tiring –
04
3 stages of a relationship every couple goes through
How many stages does a relationship go through?
03
http://www.psychologies.ru/articles/izmenite-rech-izmenitsya-jizn/
http://www.psychologies.ru/articles/izmenite-rech-izmenitsya-jizn/
04
“Sorry for the voice”: 7 rules of digital etiquette
Hi, my name is Julia and I hate voice messages, at
03
“We could not tell the eldest son that his brother had cancer”
How Lesha got sick In the fall of 2016, my youngest
05
Why are we afraid to quit smoking?
“When the patient says to me:“ I am not yet ripe to
05
A simple technique to make a decision and take action
Long-term exposure to the brain of cortisol reduces
05
More sex – higher salary?
We are used to thinking of our careers and personal
08
This website uses cookies to improve your experience. We'll assume you're ok with this, but you can opt-out if you wish. Cookie settingsACCEPT
Privacy & Cookies Policy