How does tattoo help in trauma therapy? What does a semicolon on a person’s wrist mean? Often a tattoo is much more than just a form of self-expression. We talk about the directions of art therapy associated with drawings on the body.

Tattoos can have completely different meanings. Since ancient times, they have been an affiliation and a kind of “code” of various social groups, from circus artists to bikers and rock musicians, but for someone this is another way of self-expression. But there are those for whom the drawings on the body are a kind of therapy that helps to recover and recover from the traumatic past.

“A man makes a tattoo to tell a story. Neck, finger, ankle, face … In these places we humans have been telling our stories for centuries, ”writes Robert Barkman, Emeritus Professor of Springfield College.

The application of permanent images to the skin is an ancient art, and the oldest known person with a tattoo lived more than 5000 years ago. Due to the fact that he died in the Alps and ended up in the ice, his mummy is well preserved – including the tattooed lines applied to the skin.

Their meaning is difficult to guess, but, according to one version, it was something like acupuncture – in this way the Yeti Ice Man was treated for degeneration of the joints and spine. Today, the tattoo continues to bear a healing effect, helping, perhaps, in healing the soul.

Most people stuff them to tell their story – about pain, triumph or obstacles that they had to face and overcome in their lives. Tattoos in the form of semicolons, stars and feathers tell about past difficulties, hopes for the future and freedom of choice.

“A miniature star beloved by most people means truth, spirituality and hope and, in some cases, speaks of faith. As we all know, stars emit light in space, in infinite darkness. It seems that they lead their owner along uncharted paths. They have everything people need, and therefore have become such a favorite topic for tattoos, ”says Barkman.

Some tattoos carry much more than it seems at first glance. A miniature symbol – a semicolon – can indicate a serious situation in a person’s life and the difficulty of the choice he faces. “This punctuation mark indicates a pause, usually between the two main sentences,” Barkman recalls. – Such a pause is more significant than the one given by the comma. That is, the author could decide to finish the sentence, but chose to take a break and then write a sequel. By analogy, the semicolon as a tattoo symbol speaks of a pause in the life of one who wanted to commit suicide. ”

Instead of committing suicide, people chose life – and such a tattoo speaks of their choice, that it is always possible to start a new chapter. You can always believe in change – even when it seems that there is simply nowhere to turn. So a small tattoo has become a global symbol of the fact that a person can give himself a break in life, but not put an end to it. This idea formed the basis of one of the international Internet projects.

With the conviction that suicide is fundamentally unacceptable, the “Project with a semicolon” ​​created in 2013 contributes to reducing the number of suicides in the world. The project brings people together into an international community and provides them with access to important information and useful resources.

The organizers believe that suicide can be prevented, and the collective responsibility for its prevention lies with every inhabitant of the planet. The movement aims to unite people – to breathe energy into each other and the belief that we can all overcome the obstacles we face, regardless of their scale. A semicolon tattoo is also sometimes applied to the memory of loved ones who have committed suicide.

Anchor – a reminder of the important

In other cases, the mere fact of tattooing may mean a new chapter in a person’s personal history. For example, one of the expensive rehabilitation blades in Chang-May (Thailand) recommends that those who have completed the full recovery course, get a tattoo – as a symbol and a constant reminder of getting rid of a dangerous addiction. Such an “Anchor” helps a person to appropriate a victory over an illness. Constantly on the body, he recalls the importance of stopping and holding oneself in a dangerous moment. 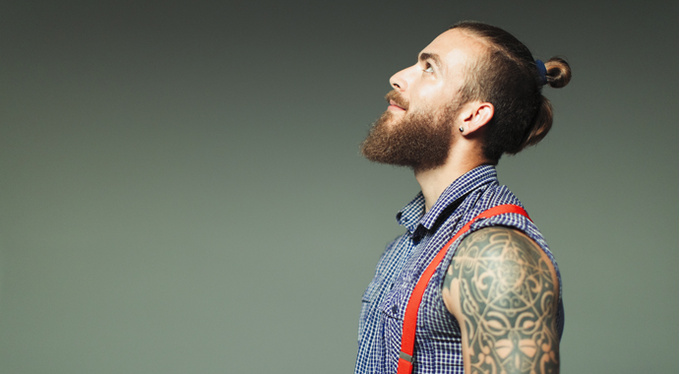 Another art therapy project using tattoos helps people literally write a new page on their bodies after old injuries. Recognized trauma specialist Robert Muller, a psychology professor at York University, talks about his student Victoria, who hurt herself in her youth.

“It seems that I have had problems with mental balance all my life,” she admits. – Even in childhood, I often felt sad and hid from people. I remember that such anguish and self-loathing came over me that it seemed just necessary to somehow release it. ”

From the age of 12, Victoria began to hurt herself. Self-harm, Muller writes, can take various forms, such as cuts, burns, scratching, or something else. There are a lot of such people. And the majority, growing up and changing their life and attitude to their bodies, would like to close the scars as traces of an unpleasant past.

The artist Nikolai Pandelides worked as a tattoo artist for three years. In an interview with The Trauma and Mental Health Report, he shares his experiences. People with personal problems turned to him for help more and more often, and Nikolay realized that it was time to do something specifically for them: “A lot of clients came to me for tattoos to mask scars. I realized that there is a need for this, that there should be a safe space for people to feel comfortable and if they want to talk about what happened to them. ”

It was then that in May 2018, the Project New Moon project appeared. Project New Moon is a non-profit tattoo service for people who have left self-injured scars. Nikolai receives positive feedback from people from all over the world, which indicates the relevance of such a project. At first, the artist paid for expenses from his own pocket, but now, when there are more and more people who want to come and get help, the project is looking for financing through a crowdfunding platform.

Unfortunately, the topic of self-harm for many carries the stigma of shame. In particular, people perceive such scars with condemnation and feel bad about those who wear them. Nikolai has clients with a similar history, like Victoria. Fighting intolerable feelings, they inflicted damage on themselves in their teens.

Over the years, these people come to get tattoos that hide the scars. One woman explains: “There are a lot of prejudices on this subject. Many people see people in our situation and think that we are just looking for attention, and this is a huge problem, because then we do not get the necessary help … ”

Behind each tattoo can be hidden experiences close to all of us – despair and hope, pain and joy, anger and love

The reasons people choose self-harm are complex and can be difficult to understand, writes Robert Muller. However, it is generally believed that such behavior is a way to free oneself or distract from pressing emotional pain and anger, or “regain a sense of control.”

Nikolai’s client says that she deeply regrets and repents of what she’s done to herself: “I want to get a tattoo to hide my scars because I feel deep shame and guilt for what I did to myself … As I get older, I look at their scars with embarrassment. I tried to mask them with bracelets – but the bracelets had to be removed, and the scars remained on my hands. ”

The woman explains that her tattoo symbolizes growth and change for the better, helped her forgive herself and serves as a reminder that, despite all the tormenting pain, a woman can still turn her life into something beautiful. For many, this is so, for example, people with a different past come to Nikolai – someone suffered from substance dependence, and there were traces on his hands reminiscent of dark times.

Nikolai explains that turning scars into beautiful patterns on the skin helps people get rid of shame and powerlessness, feel control over their body and life in general, and even prevent self-harm in case of a recurrence of an attack of the disease.

“I think part of this healing is also to feel equally beautiful, renewed, both outside and inside,” the artist comments.

The English priest John Watson, who was published under the pseudonym Ian Maclaren at the turn of the 19th and 20th centuries, is credited with the quote: “Be merciful, for every person has a difficult battle.” Meeting someone with a pattern on the skin, we cannot judge and do not always know which chapter of life this tells about. Perhaps we should remember: behind each tattoo can be hidden human experiences close to all of us – despair and hope, pain and joy, anger and love.

KNOW YOURSELF
Coping with your phobias
According to WHO, half of the world’
0 90

KNOW YOURSELF
Sex in quarantine: yes, no, I don’t know
18+ For sex and arousal, context is extremely important
0 73

KNOW YOURSELF
Can all of humanity be loved?
When was the last time you thought about being a human?
0 27

KNOW YOURSELF
Conversation with an oncologist: rules for a productive dialogue
Why is this so? Because in the complex and painful
0 37

KNOW YOURSELF
Selfie without makeup – a way to be happier?
Instagram is full of images of “idealized”
0 85

KNOW YOURSELF
The loved ones we choose
Dmitry and Anton are 32 years old, they know each other
0 56
You may also like
A simple technique to make a decision and take action
Long-term exposure to the brain of cortisol reduces
02
More sex – higher salary?
We are used to thinking of our careers and personal
06
What to say if you are asked to make a toast?
Since the beginning of time, toast has been a part
07
“We are as one”: why it is dangerous for your couple
“Marriage is when a man and a woman become one person.
07
http://www.psychologies.ru/articles/ubiystvenno-krasiv-zachem-intselyi-lojatsya-pod-noj-hirurga/
http://www.psychologies.ru/articles/ubiystvenno-krasiv-zachem-intselyi-lojatsya-pod-noj-hirurga/
07
How does guilt affect our spending?
“I hate my uncle, he jokes disgustingly and is generally
010
Can Tinder save you from divorce?
Looking back, I understand that the discord in our
06
Why the victims themselves do not always admit the fact of rape
Unfortunately, there are many more cases of sexual
06
This website uses cookies to improve your experience. We'll assume you're ok with this, but you can opt-out if you wish. Cookie settingsACCEPT
Privacy & Cookies Policy