Do women prefer bearded ones?

Are beards in vogue again, or have they never gone out of it? From the point of view of evolution – the second. In the competition for female attention, the bearded start and win.

Many stars, from actors to rock idols, wear beards. Beards are ubiquitous, but some people still don’t like them. Not knowing anything about a person, they rush to draw conclusions about him, not having time or not wanting to discern the personality behind the vegetation.

“Nevertheless, anyone who is ready to consider such generalizations and hasty conclusions to be fair should know that he is at the mercy of stereotypes,” reminds Wendy Patrick, author of How To Read People.

To grow or not to grow? A choice that many men face from time to time. When doing it, it is important for them to take into account their own social status, habits, life characteristics, place of work, opinion of the wife and other factors.

A beard significantly changes the appearance of a man, and this is often used, for example, in the film industry, changing the appearance of actors with its help. For the majority, its charm lies in the fact that if she is tired or simply does not go, you can get rid of her in a matter of minutes. But that’s not all: recent research has shown that women find men with facial hair to be attractive and dominant, both socially and physically.

Bearded men with a more masculine appearance were rated more attractive by the participants.

The University of Queensland study involved 919 women aged 18 to 70. They were shown photographs of men with different types of facial hair and were asked to rate each. Participants viewed 30 images of men: each was first photographed without a beard, then with a regrown beard; the subjects were also shown retouched versions of photographs in which the faces looked more or less masculine. Women rated them for their perceived attractiveness for short and long term relationships.

What were the results? The more facial hair, the more attractive a man is – psychologists have come to this conclusion. Bearded men with a more masculine appearance were rated more attractive by the participants, especially for long-term relationships. 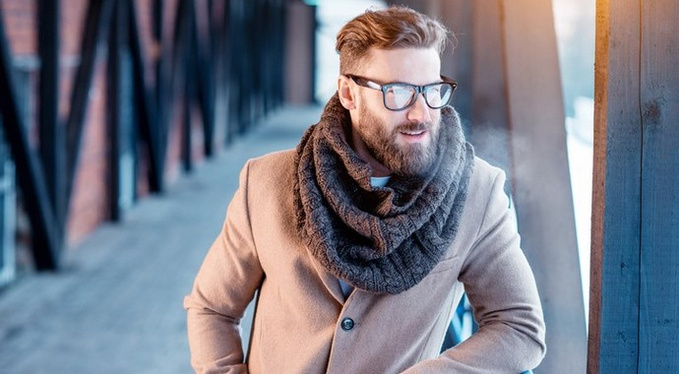 The researchers came to the conclusion that we regard a more masculine face as a sign that a person occupies a dominant position in society and has physical strength. Facial hair enhances masculine features by masking less attractive areas.

The authors of the project have confirmed the connection between masculine facial features and physical strength, fighting ability and high social position. In their opinion, looking at a manly face, women draw conclusions about the strength and health of a man, which, in turn, can influence their marriage preferences.

So, by growing a beard, a man can strengthen his own masculinity? It seems so. Studies show that bearded men themselves feel more masculine and produce more serum testosterone, which in turn increases social dominance.

Not all women love beards

At the same time, not all women in the project liked faces with vegetation: in particular, some feared the presence of parasites in the hair or on the skin of men. Some people perceive unshaven faces as a sign that a man is not looking after his appearance.

However, the reverse relationship does not work – women with a high aversion to pathogens were more likely to prefer bearded men, which may indicate that they consider facial hair a sign of good health.

Also, the authors of the project found that women with “high reproductive ambitions” did not necessarily prefer bearded men. However, when the scientists took into account the marital status of the project participants, it turned out that, in general, both single and married women who wanted to give birth found bearded men more attractive than women who did not dream of motherhood.

Single women with reproductive ambitions were more likely to prefer clean-shaven male faces, while married women showed a negative attitude towards them.

Of course, the perception of the appearance of representatives of the opposite sex is a matter of taste, which is formed under the influence of many factors. But it seems that scientists have again proved that we are largely governed by nature and the mechanisms laid down hundreds, or even thousands of generations ago. And now, reviewing, for example, films with Sean Connery, one can finally understand why a clean-shaven Bond seems less attractive than the characters played by the actor many years later with a noble and well-groomed beard.

About the Author: Wendy Patrick is a trial attorney, forensic scientist, and author of How To Read People.

KNOW YOURSELF
Four exercises to talk to your partner about sex
Some partners do not talk during intimacy, do not discuss
0 20

KNOW YOURSELF
41 “no” that will make you happier
To feel happy, learn to say no: 1. Excessive self-criticism
0 17

KNOW YOURSELF
Conversation with an oncologist: rules for a productive dialogue
Why is this so? Because in the complex and painful
0 38

KNOW YOURSELF
Money, “a wonderful invention of mankind”
It may sound paradoxical, but money softens relationships
0 44

KNOW YOURSELF
What we gain as we grow old
“Old age is an age period in the life of an organism
0 62
You may also like
What happens if you stop desperately seeking love
1) you will be less nervous Agree, dating is tiring –
04
3 stages of a relationship every couple goes through
How many stages does a relationship go through?
03
http://www.psychologies.ru/articles/izmenite-rech-izmenitsya-jizn/
http://www.psychologies.ru/articles/izmenite-rech-izmenitsya-jizn/
04
“Sorry for the voice”: 7 rules of digital etiquette
Hi, my name is Julia and I hate voice messages, at
03
“We could not tell the eldest son that his brother had cancer”
How Lesha got sick In the fall of 2016, my youngest
04
Why are we afraid to quit smoking?
“When the patient says to me:“ I am not yet ripe to
05
A simple technique to make a decision and take action
Long-term exposure to the brain of cortisol reduces
05
More sex – higher salary?
We are used to thinking of our careers and personal
08
This website uses cookies to improve your experience. We'll assume you're ok with this, but you can opt-out if you wish. Cookie settingsACCEPT
Privacy & Cookies Policy